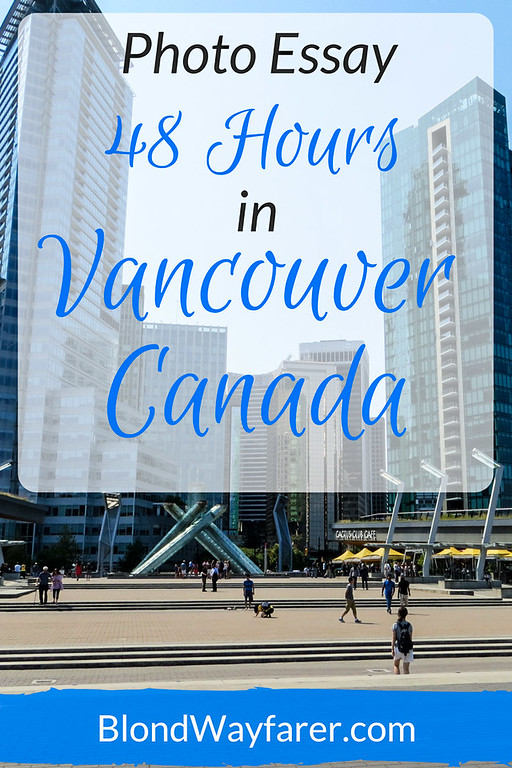 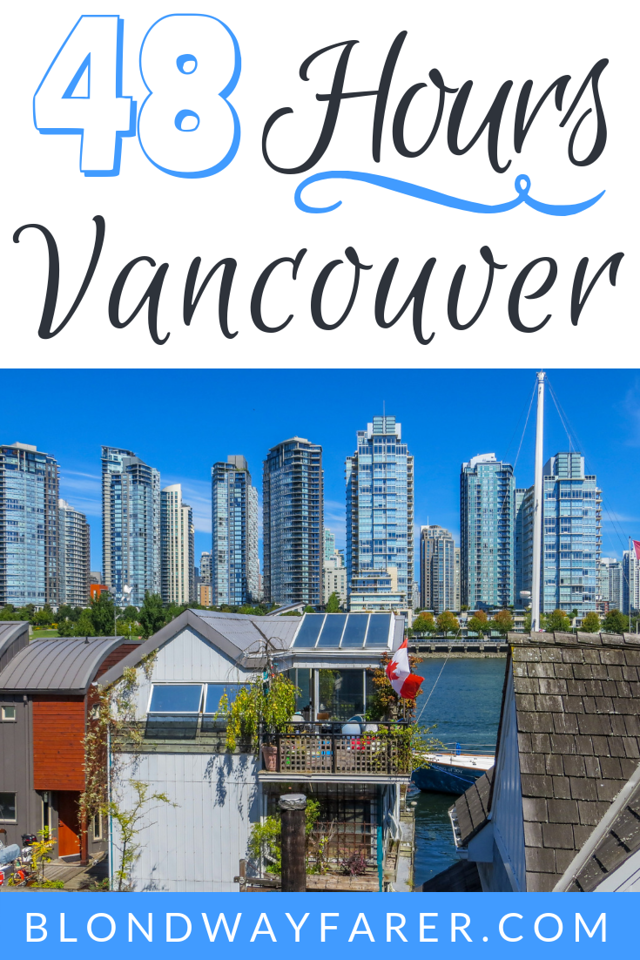 Your Guide to 48 Hours in Vancouver 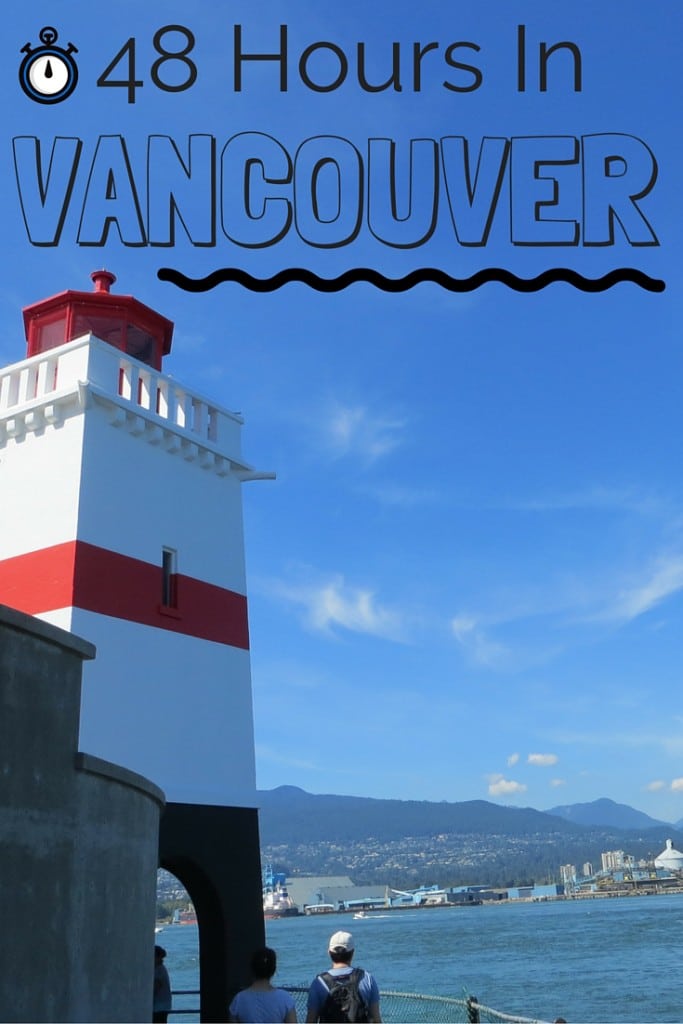 As we all know, I travel a lot. A whole lot. Maybe too much for my bank account to handle. But it’s worth the costs.

However, despite all my adventures across expansive lands and oceans, there are very few places that I would like to live as a permanent resident. I’m picky, sue me.

New Jersey, for all its flaws (namely traffic jams, irate people, and high taxes), is my home. I could honestly see myself residing in most places in this dysfunctional little state, especially quaint towns on the train lines going into either Philadelphia or New York City.

As for other locations, both domestic and international, I may be awed and excited at their shiny newness, but deeming cities as “home worthy,” takes a lot for me. There has to be a connection.

I’m proud to say Vancouver is a city, one of the few, that I could envision myself actually living in.

Congrats, Vancouver. You’re officially cool. Gold star for you! Now if only it was easier for an American to get permanent Canadian residency. Alas. 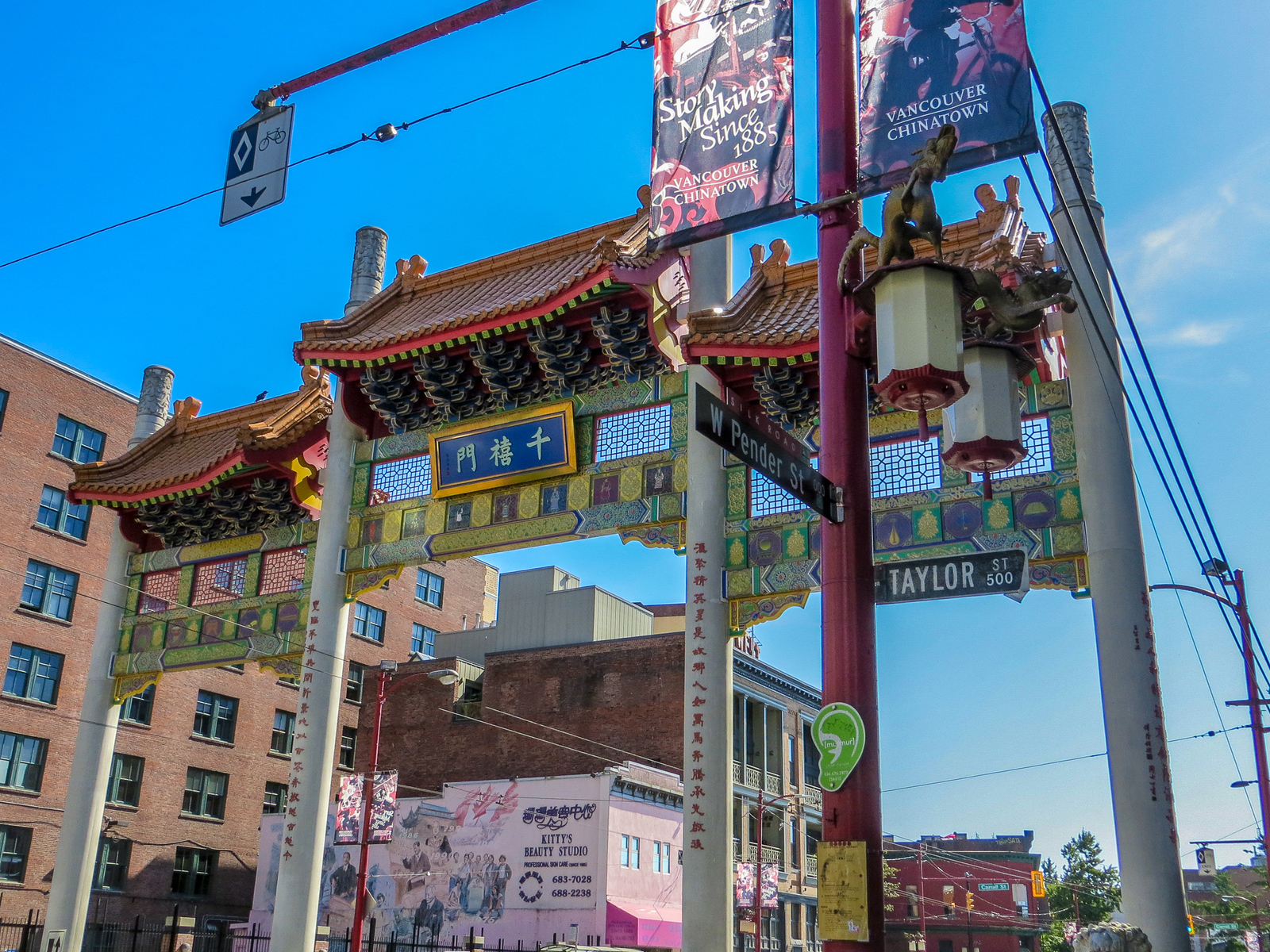 Why You Should Spend 48 Hours in Vancouver

If you’ve plans to visit Canada or North America’s Northwest in the near future, then I highly recommend you add Vancouver to your itinerary ASAP.

Especially for anxious and/or first time travelers, Vancouver has a lot of positives going for it. It’s clean. It’s safe. It’s fun. It’s outdoorsy. It’s trendy. And they love their hockey like me! The weather was lovely on my visit too, but I went in the summer. I hear winter’s quite a different story.

Here’s how I enjoyed roughly 48 hours in Vancouver on my 2014 summer journey to Canada.

Note: This photo essay assumes that you share my travel style, meaning you’d rather linger at fewer sights than rush through an entire city, checklist in hand. So there aren’t as many items on this list as you may expect!

Your guide to solo female travel in Canada 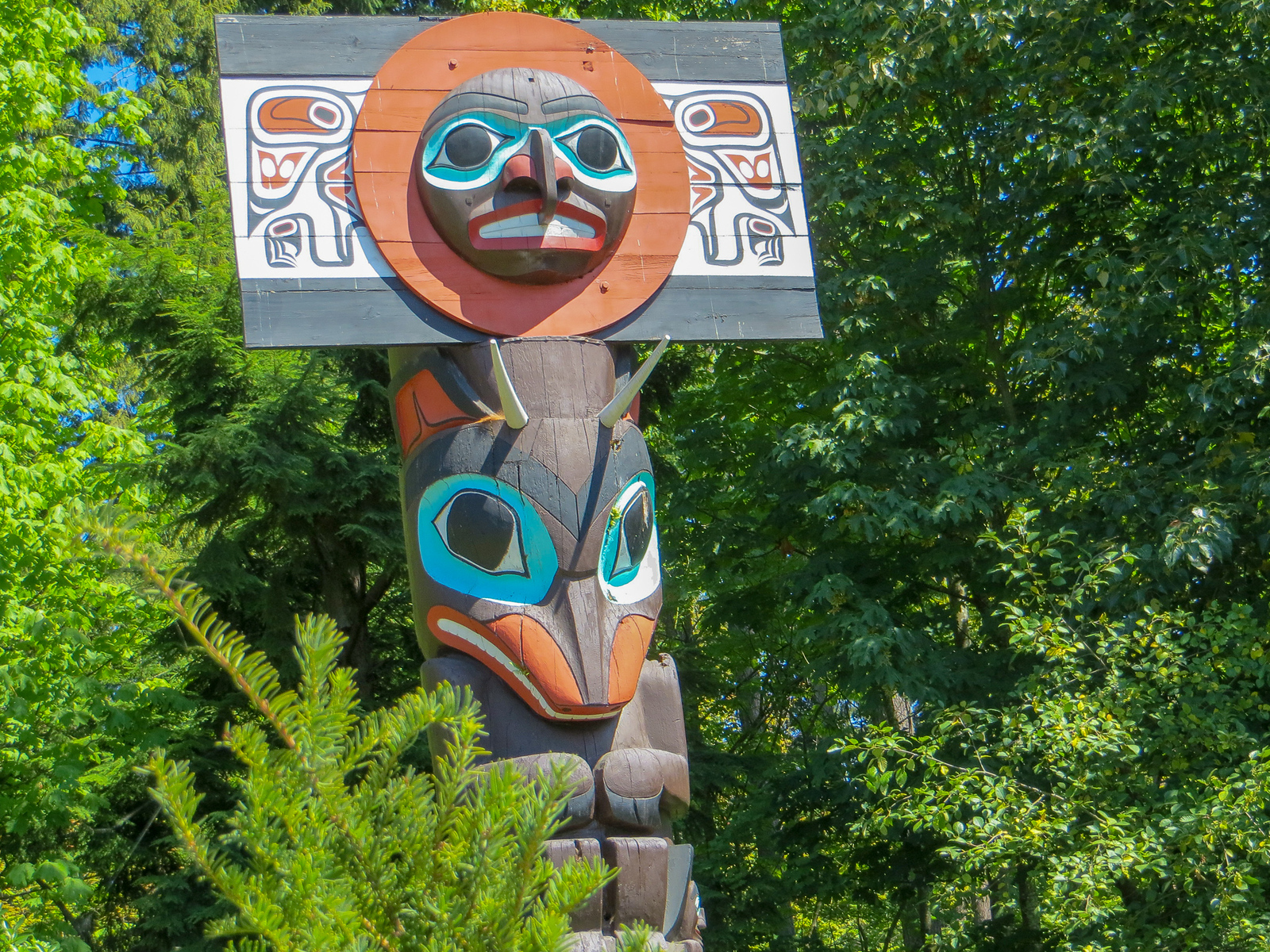 1. Got 2 Days in Vancouver? Then Visit Stanley Park.

I loved Stanley Park so much that I visited twice. The first time, I spread myself under a tree and stared at the water and mountains, and enjoyed much needed alone time. That tends to happen when you share a tent for two weeks.

On my second visit, I took a walk around the park’s entire perimeter and snapped many pictures of the water and statues. My feet wanted to die (wear better shoes than me), but the views were worth any discomfort. Plus I met a new friend at a citywide water gun fight!

Even if you’re more of a “restaurants and museums” traveler, I still implore you to go to Stanley Park. It’s by far one of the best city parks I’ve had the pleasure of exploring. Seriously, for me, this place is as cool as Central Park, which says it all (I’m sucha a NYC girl).

You could spend hours here on a beautiful afternoon.

As a side note, I was here when I learned Robin Williams passed away. I sat near a beautiful little lake and watched swans paddle by me. If I had been anywhere else, I probably would’ve bawled on the spot. So thanks for keeping me calm, Stanley Park.

Book your accommodation in Vancouver. 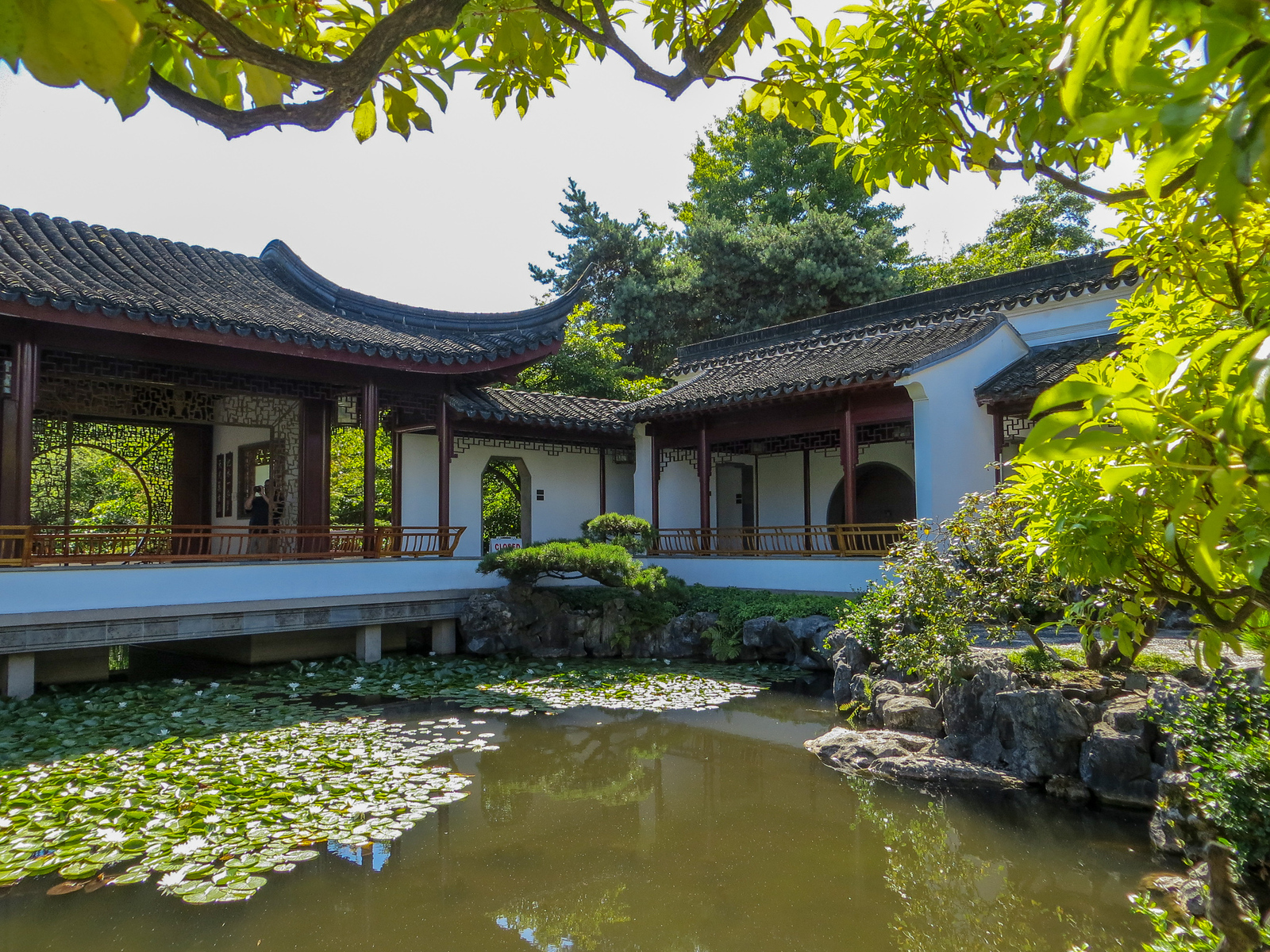 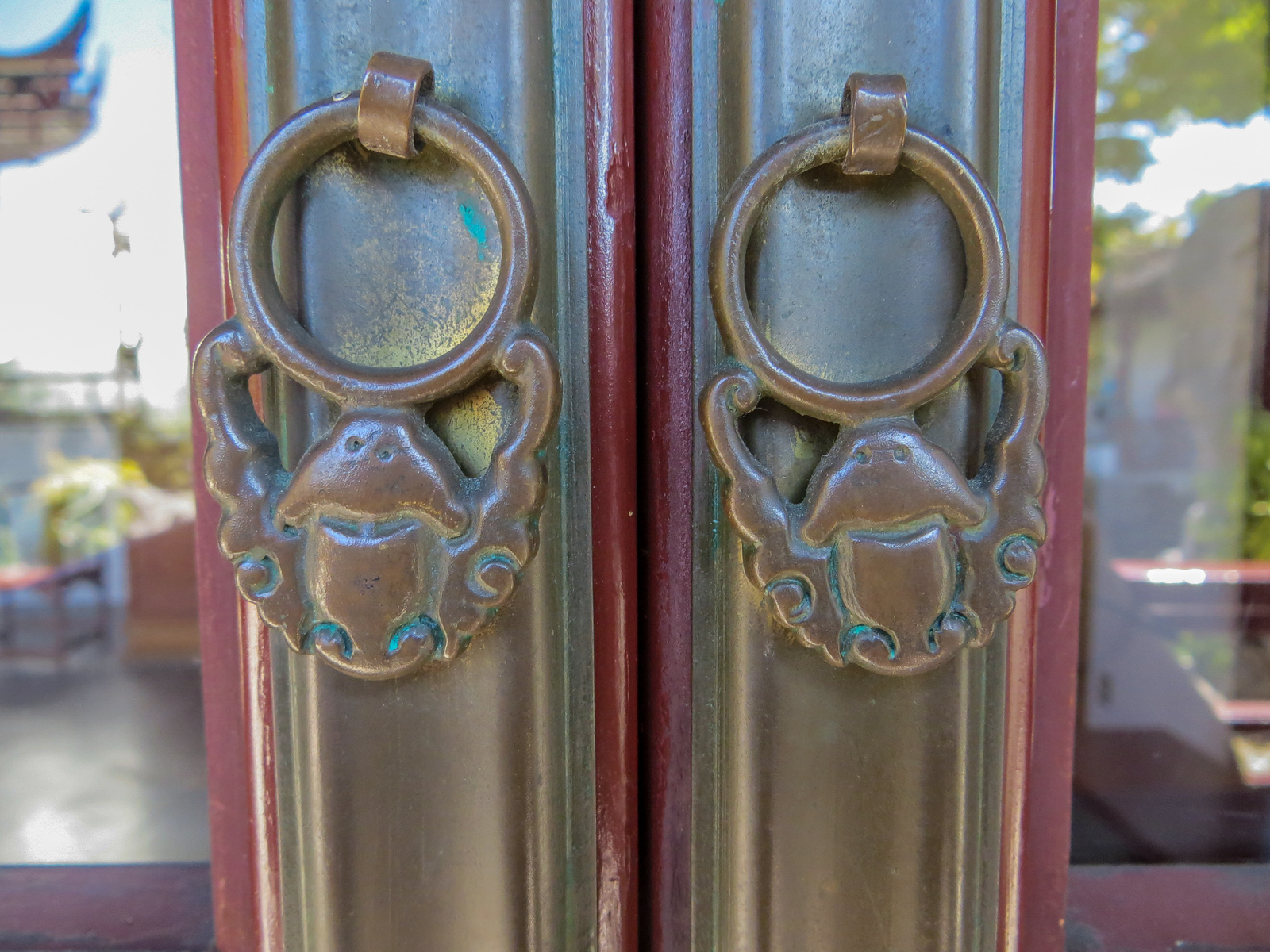 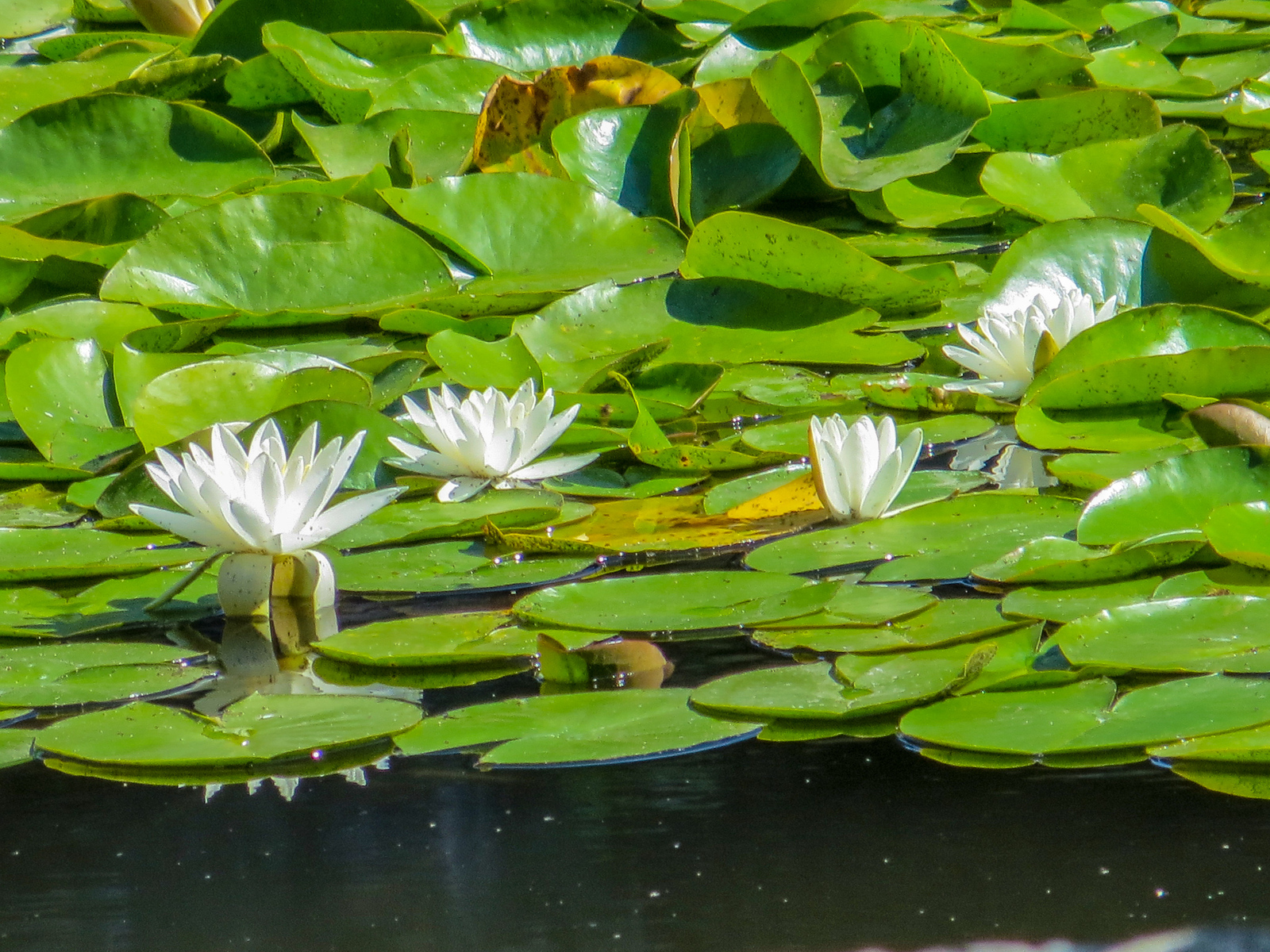 2. Check out Chinatown with 48 Hours in Vancouver.

Vancouver has a large Chinese immigrant population. As a result, they have one of the largest Chinatowns in North America and definitely the largest one in Canada. This neighborhood is undoubtedly an essential part of Vancouver’s urban fabric.

Chinatown is a big tourist attraction in and of itself. While I was there, I visited the Chinese Gardens and enjoyed the serene surroundings, gazing at flowers and swans, forgetting for a moment that I was smack in the middle of a large city. Plus there was an art expedition on my visit! The funky historical paintings shed a lot of light on life in historical Vancouver.

If you’re staying in the general downtown area, Chinatown is easy to reach on foot and can be seen in a single morning.

A word of warning. Vancouver is super, duper safe, and I absolutely loved Chinatown, but here you’re close to Downtown Eastside, which is an area plagued with drug use and homelessness. I’m not saying anything bad about homeless people, I promise, but just be careful you don’t wander through this area by mistake. Speaking of which, some backpackers at my hostel went here just to “check out the homeless people,” and in my opinion, any type of poverty tourism isn’t cool. Don’t do it.

Doing more than a weekend in Vancouver? Buy a Lonely Planet Guide to British Columbia. 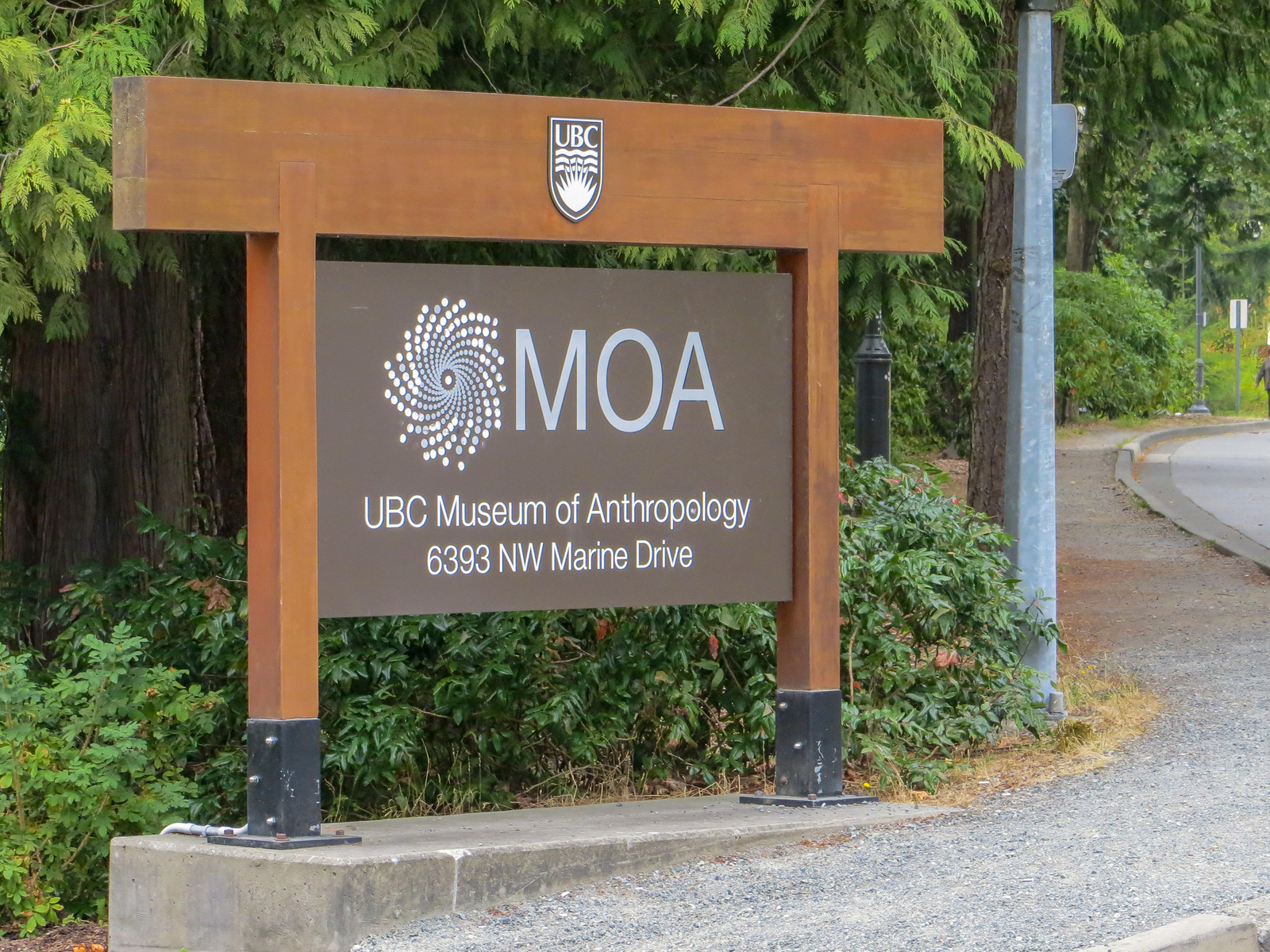 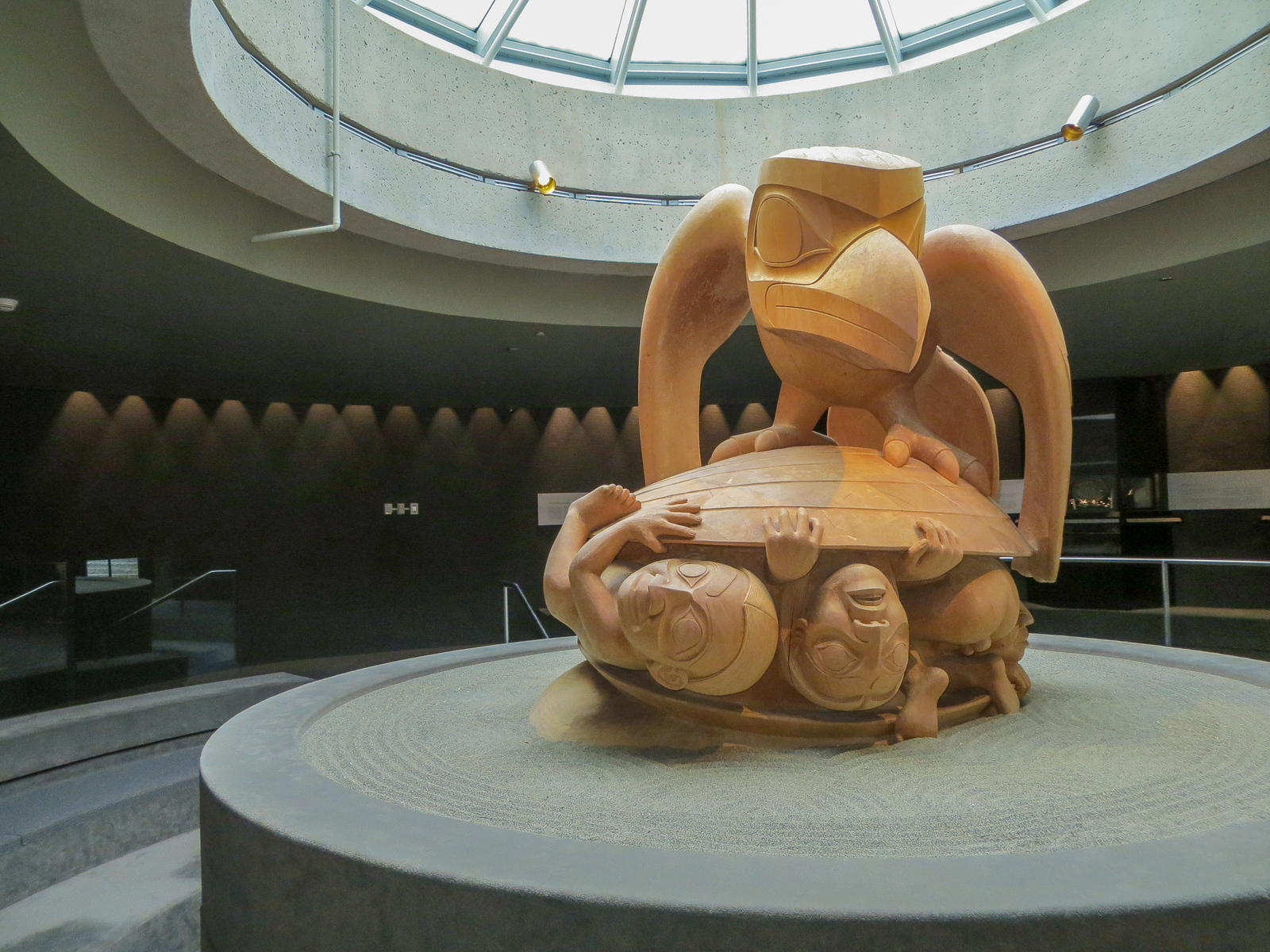 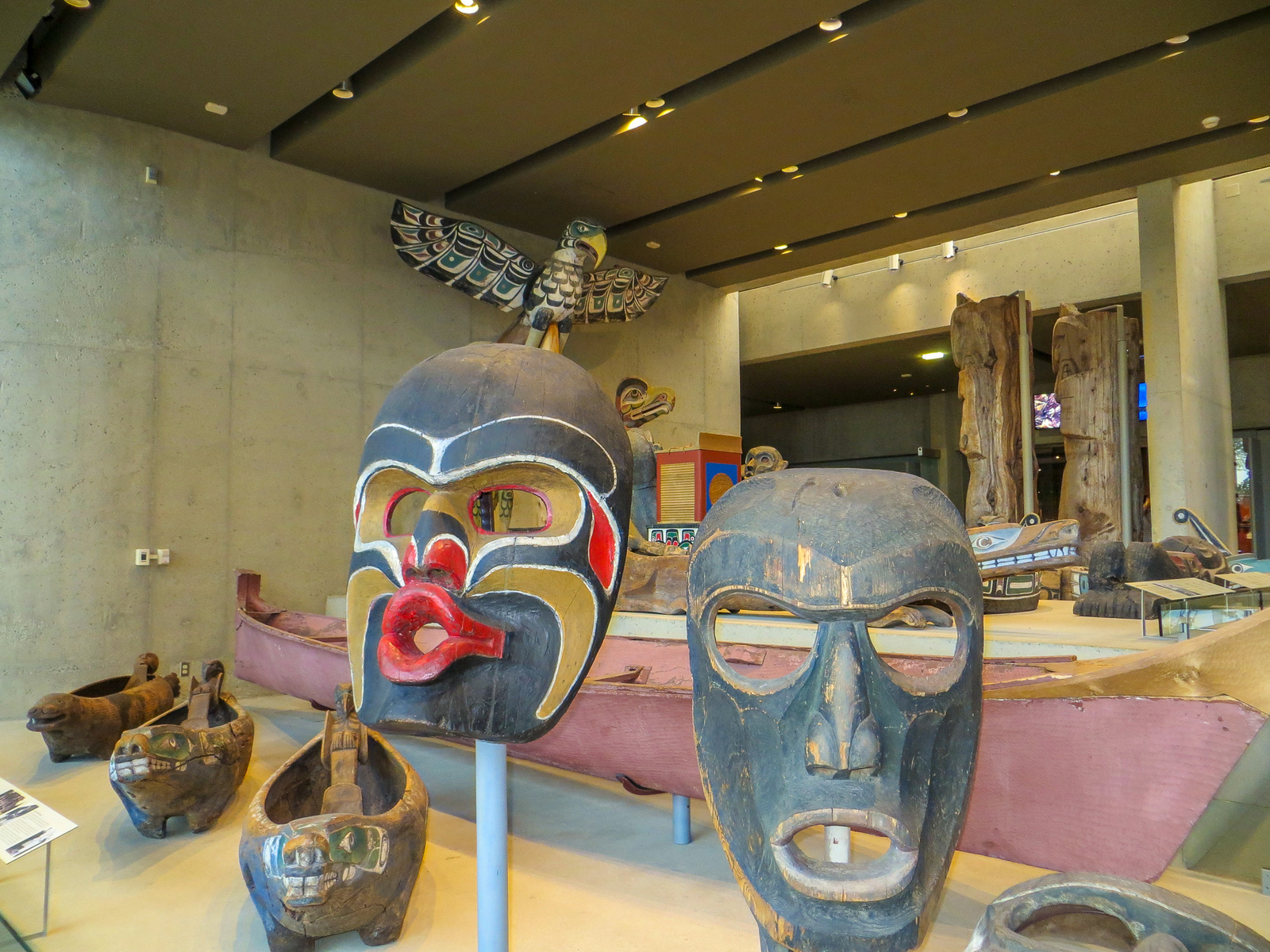 3. Go to the Anthropology Museum.

The museum is actually far outside the city center, so you’ll have to take a bus to the university if you wanna save on cab fare. It’s easy, though. I took the bus right from Granville Street and the university was the last stop, so it was impossible to miss unless you fall asleep or something. Trust me, I’m the worst at navigating bus routes and I managed the journey alone with zero issues.

My visit to this museum was super special, because First Nations teenagers were hosting an event and telling tourists about their experiences growing up in Canada. Learning about the First Nations was extremely interesting to me, and as a teacher, I was proud of these kids for putting together this exhibit in the middle of summer. I don’t know your names, but, seriously, good for you putting together a phenomenal program and educating others.

Be sure to check if there are any similar events before deciding when to visit the Museum of Anthropology.

Going with the family? Check out these 40 things to do in Vancouver! 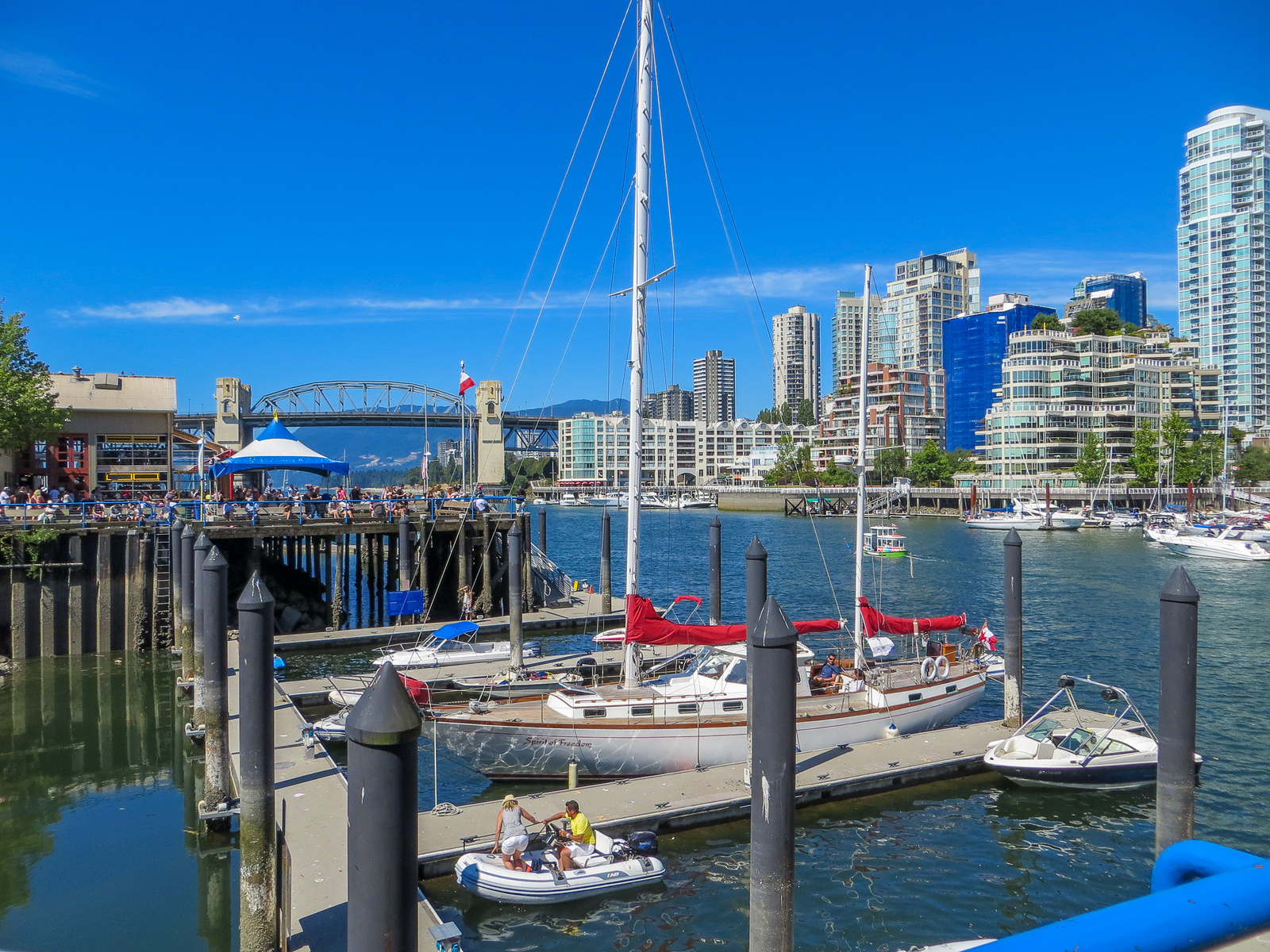 4. Be trendy on Granville Island with 48 Hours in Vancouver.

Granville Island is probably one of the most unique places I’ve ever visited in a big city. Despite being touristy, it’s my favorite neighborhood in Vancouver and a must see.

Oh my god, I absolutely loved this quirky place. It was my style. In particular, I wish I had more spare time to eat, eat, and eat some more, because the public market? Good god, if NJ makes me fat, the public market would make me the size of a McMansion. SO. MANY. DELICIOUS. OPTIONS.

So what is Granville Island exactly? The island is actually a peninsula, and one of the coolest shopping areas in Vancouver. This neighborhood used to be an industrial zone. But renovations brought shops, theaters, the market, and Granville Island Brewing Company, as well as street performers and those looking to spend some money.

Take a brewery tour if you’re into beer, by the way! With 48 hours in Vancouver, you can sample a variety of beers and take a walk around with an educated guide. My group was small, so I found this experience much more personal than some other big brewery tours I’ve been on. 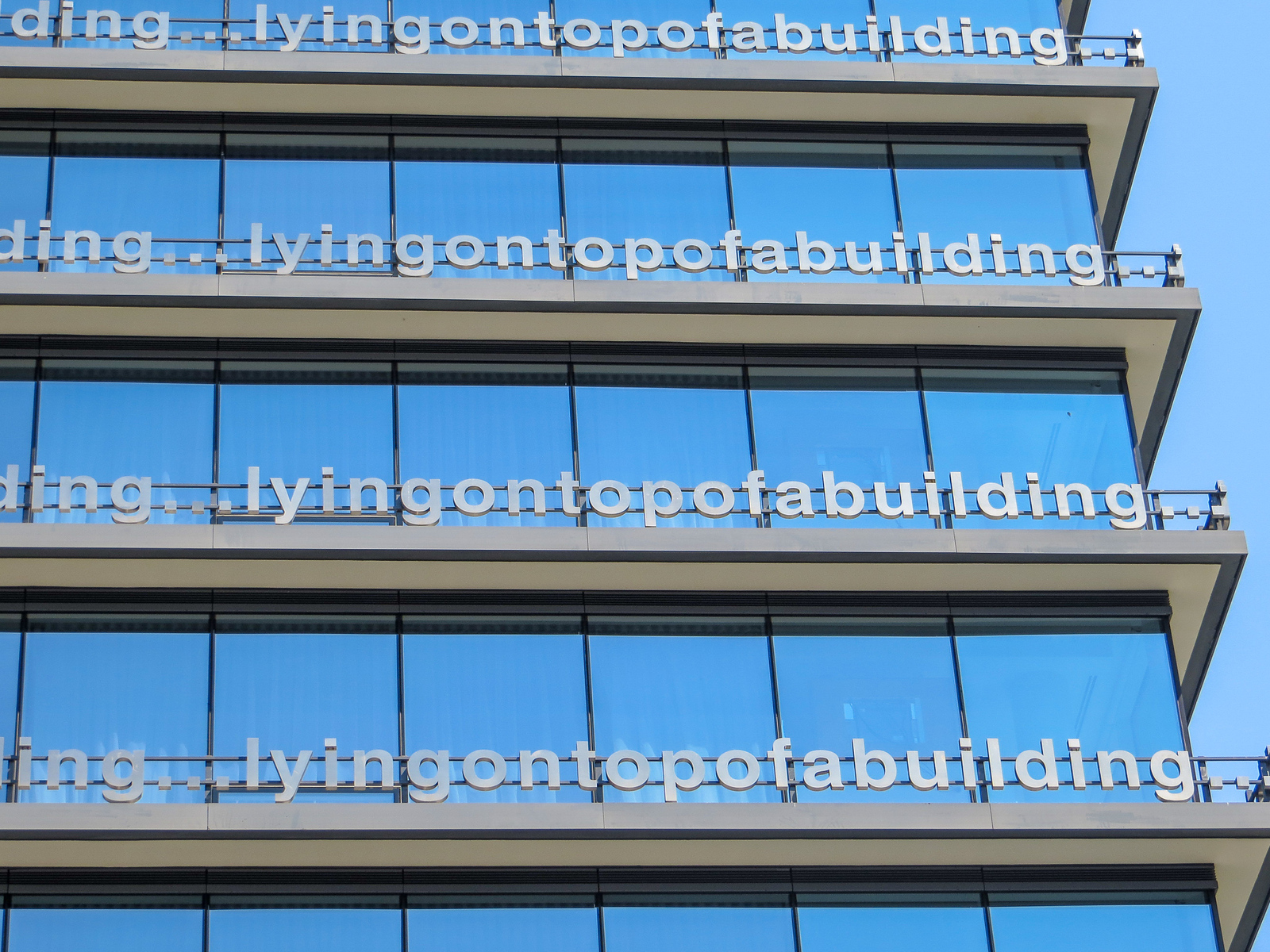 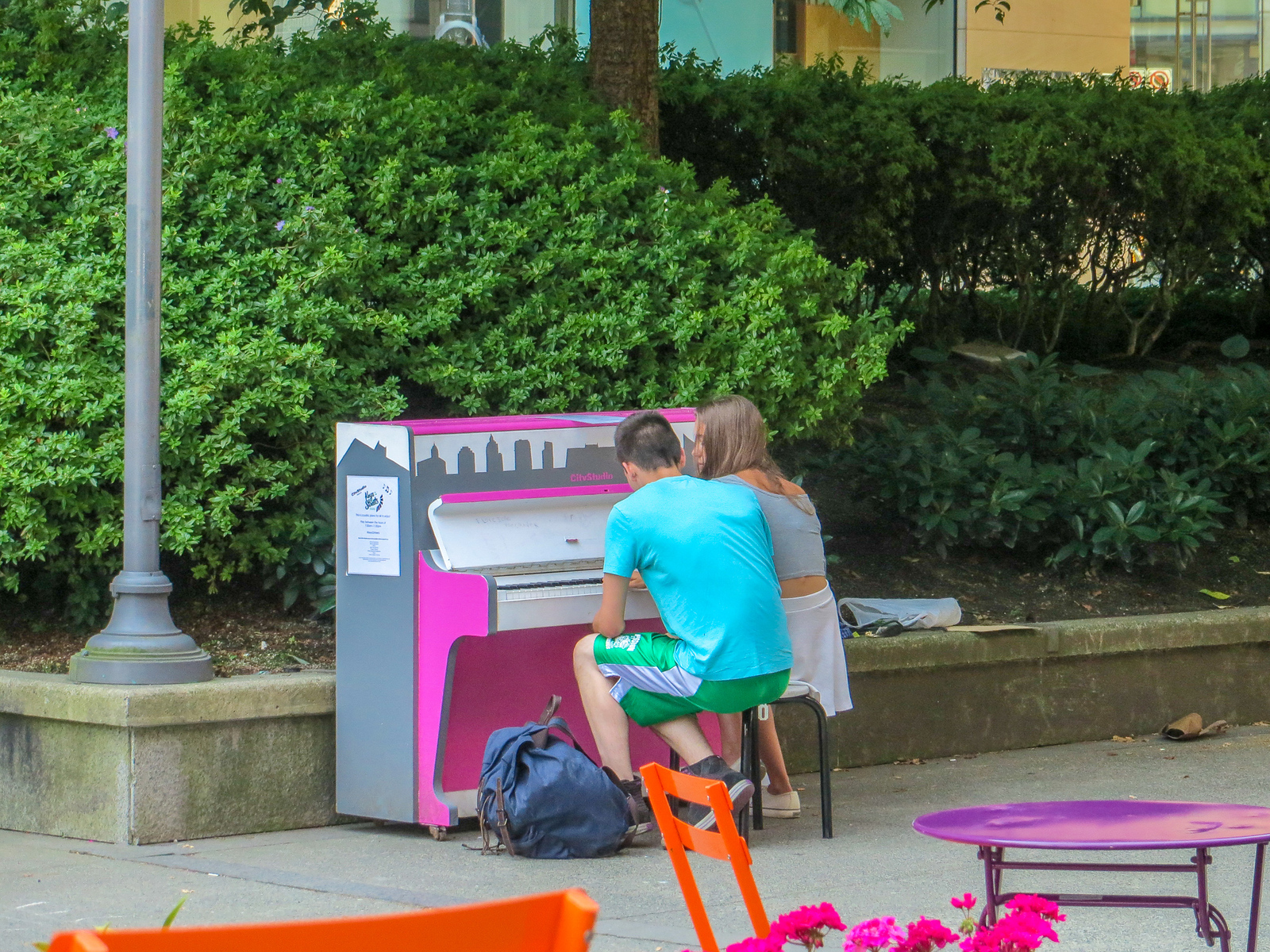 5. Go on a Downtown Walking Tour of Vancouver.

I’m a huge fan of free walking tours, especially in Europe, and at first, I wasn’t sure if the same model existed in other cities (naive, huh?) outside the continent. Yet, apparently Vancouver also has some nifty options for these types of tours.

If you’ve limited time to wander the city and wanna see all the big sights, a walking tour is a way to maximize the days that you have available.

I took the Downtown and Waterfront Tour led by Tour Guys, and had a fantastic experience with them! This tour took us to see very well done street art, delicious food trucks, a progressive church, the financial district, and the water front. The tour guide also gave us plenty of stories about Vancouver’s past and present that I wouldn’t know walking around alone. In addition, the tour was free! But make sure to tip whatever you want to show your appreciation to the guides, especially if they do a great job.

If you’re a solo traveler, these tours are also great ways for you to meet other people to eat and explore with!

Your Guide to Solo Travel in Vancouver 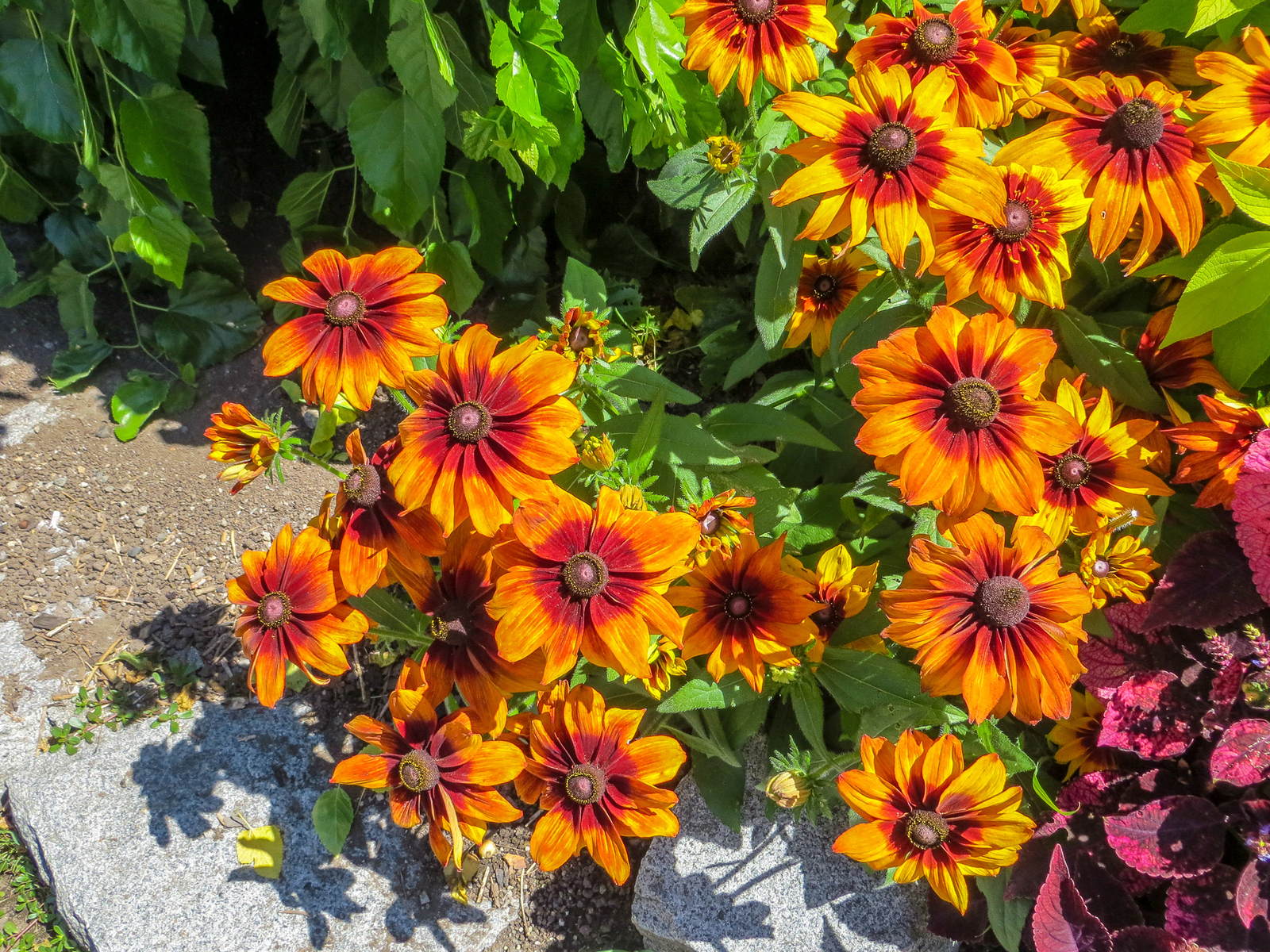 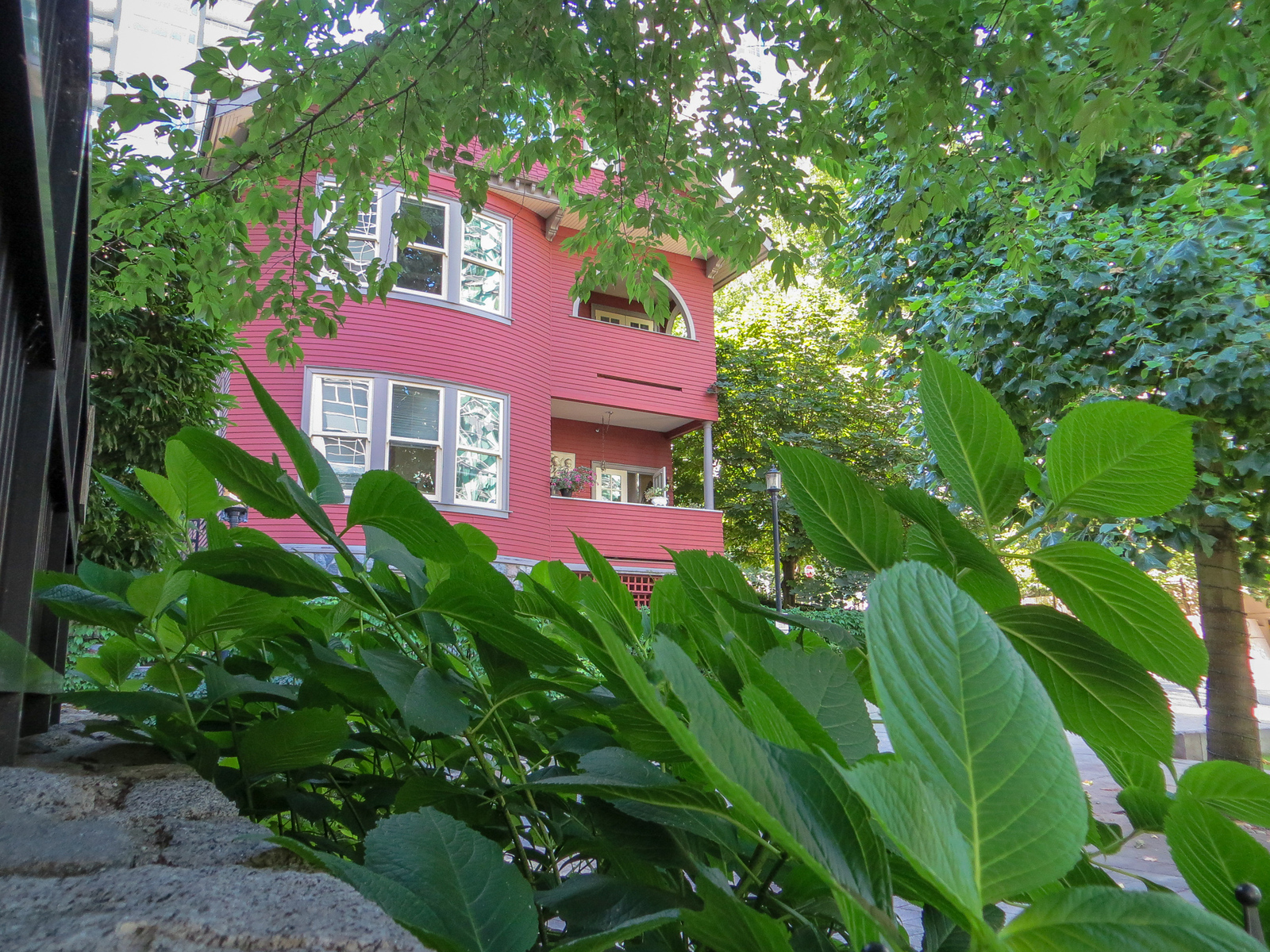 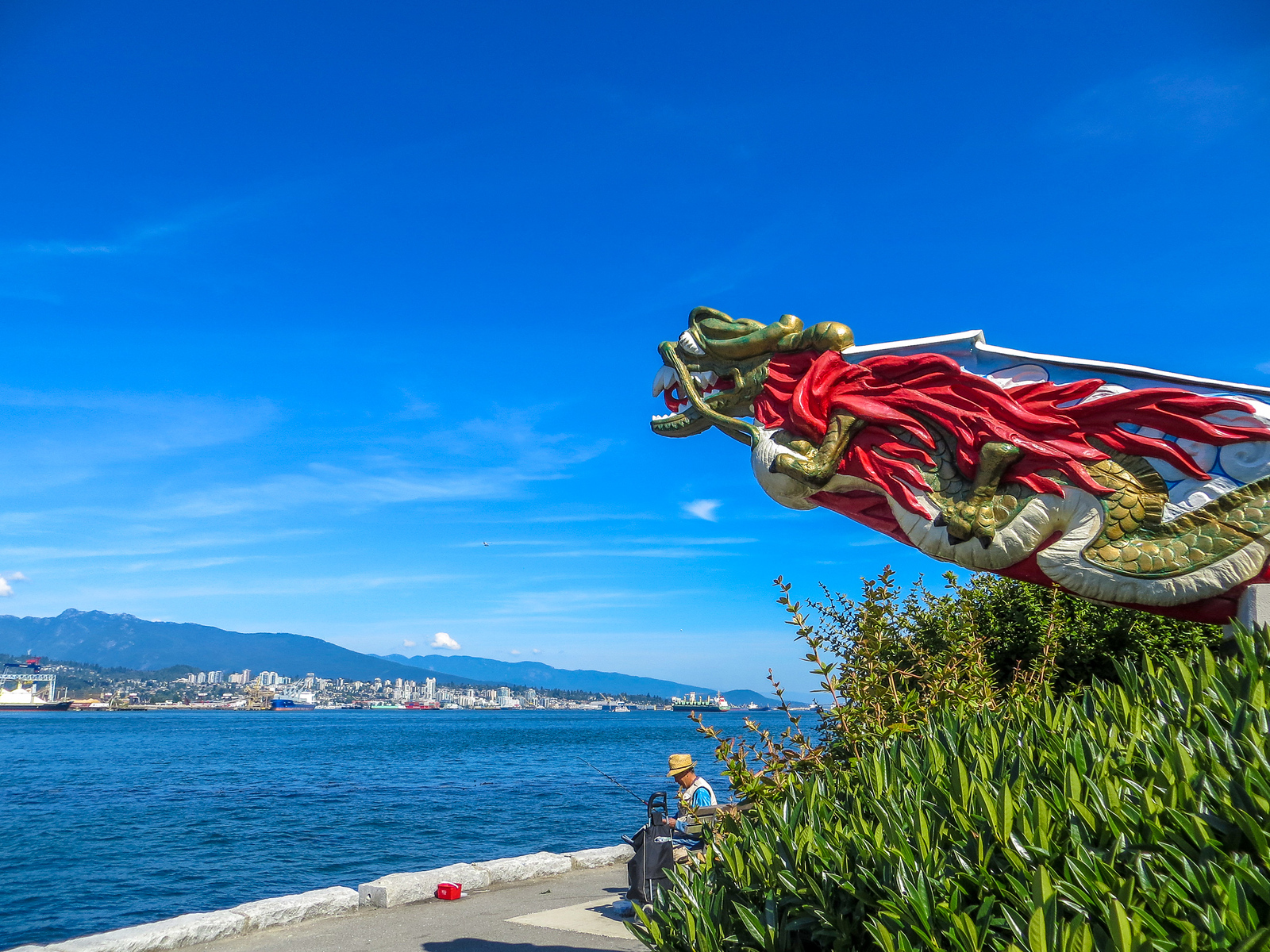 With 48 hours in Vancouver, you should allocate some time to just roam this gorgeous city in British Columbia.

Honestly, guys, my favorite memories happen when I have absolutely no plans loading down my itinerary. It’s mentally exhausting and stressful for me to rush through subways and buses, hunting for sights on a time limit. Don’t get me wrong. You want to see the big sights, absolutely; we all travel for the big sights whether we admit it or not.

But still take the time to simply explore and let your travel memories come to you. 48 hours in Vancouver is still plenty of time to just “shut off” and explore.

Is Vancouver on your travel bucket list? Have you ever visited British Columbia’s cosmopolitan city? If so, how would you spend 48 hours in Vancouver? Where would you go if you had more time? I personally recommend Victoria. Share in the comments.

2 thoughts on “48 Hours in Vancouver: A Complete Photo Guide”