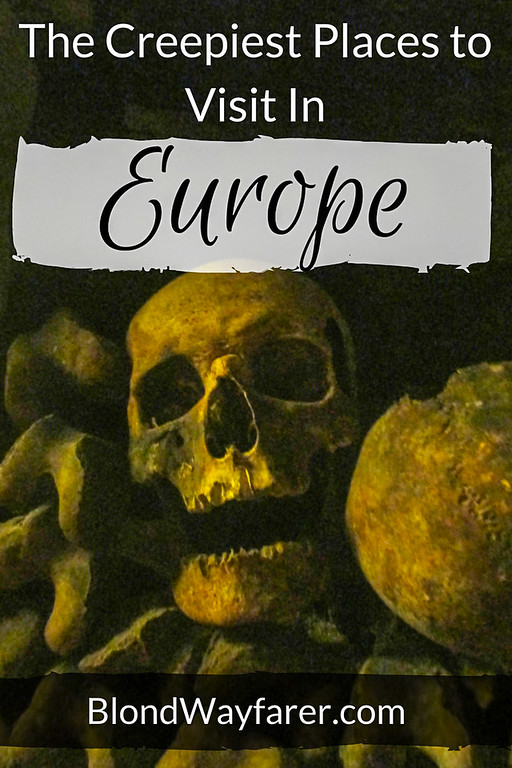 Halloween is almost here! Yay! Who doesn’t adore Halloween? It’s one of my favorite holidays ever.

Sadly, my Halloween has been a little quiet. Meaning I didn’t shimmy on a packed NYC club’s dance floor wearing a homemade costume. Not to mention, I’m way too old to go Trick or Treating. Like way too old. What have I done so far for Halloween, do you ask? Well, last night, I spent a few hours in bed reading Creepypastas and r/letsnotmeet. Then I checked under my bed for intruders.

I’m not entirely sure what that says about the current state of my life, haha.

Anyway, to “spice up my Halloween,” I decided that there was no better way to ring in this spooky season than sharing some of the creepiest places I’ve visited in Europe. And, no, bumpy plane rides across the Atlantic Ocean didn’t make the list. Sorry.

Keep in mind this list is quite short and not meant to be an ultimate guide or anything. I have a LOT of creepy places that I still want to visit in Europe. More specifically, I’m dying (ha, pun intended) to see The Catacombs of Palermo in Sicily and Bran Castle in Transylvania. One day, one day, one day.

The Museum of Genocide Victims in Vilnius definitely gave me the creeps. Ghosts are spooky and everything, but humanity’s darkness never fails to give me the shivers. This museum is housed in the former KGB headquarters. My hostel buddies and I arrived roughly a hour or so before closing – which added a layer of creepiness. The museum goes into great detail about the horrific crimes committed by both the Nazis and Soviets. The basement is the most unnerving part of your visit: over 1,000 prisoners were executed within those walls. I practically ran up the stairs when it was time for us to leave. 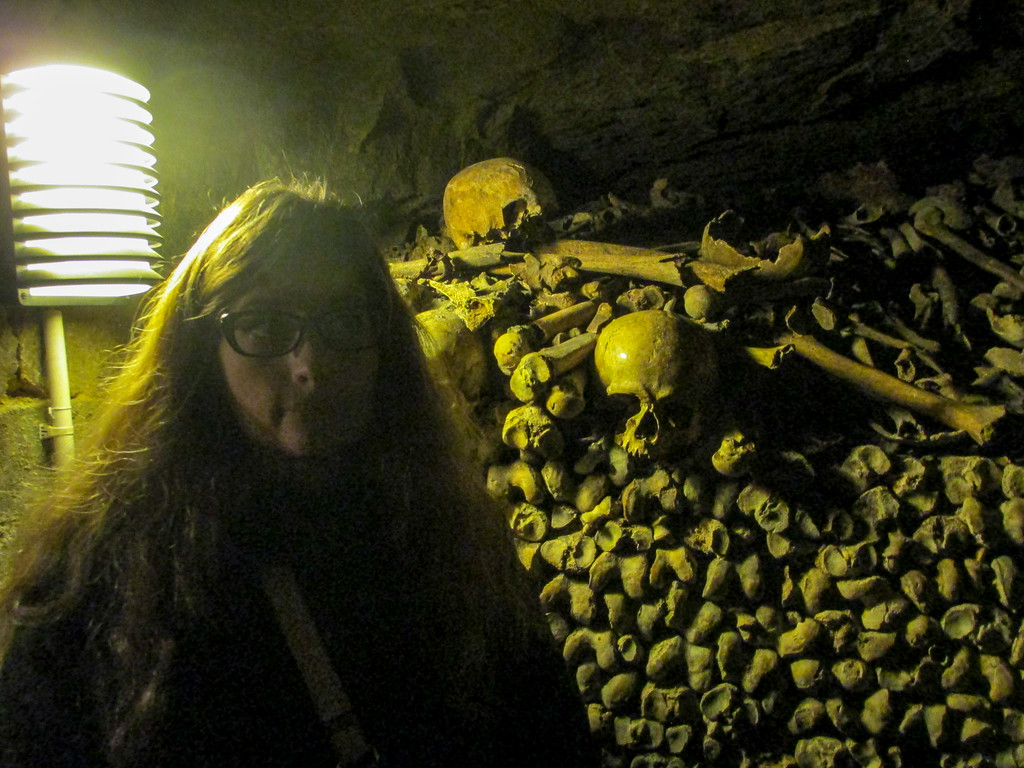 I know the quality of this image isn’t the greatest, but you get the point. Which is the Catacombs of Paris ranking as one of the creepiest. tourist. destinations. ever. This underground cemetery is the resting place for over six million souls. Let that number sink in. Not surprisingly, the Catacombs were created to ease the burden of overcrowded cemeteries, which were common in 18th century Paris. Walking through endless rows of skulls is humbling and frightening. The cold air also gets under your skin and into your own bones. Brr. If you want to visit, I recommend arriving early in the morning to avoid long lines. Due to the nature of the Catacombs, only a certain number of visitors can be admitted at one time.

This small Roman Catholic chapel is not only a UNESCO World Heritage site, but definitely one of the creepiest places I’ve visited in Europe. Sedlec Ossuary’s elaborate bone decorations will inspire and unnerve you at the same time. I wish I had more time to take more pictures. This church forces you to think about your own mortality. In particular, the bone chandelier blew my mind. This chandelier contains at least one of every bone that can be found in the human body. Ahhhh! Madness!

I don’t do well in cemeteries. Never have. Although some cemeteries can be peaceful, I can’t help but feel overwhelmed at the thought of someday resting under ground. However, if you’re in Prague, the Old Jewish Cemetery is absolutely worth your time. It’s the largest Jewish cemetery in Europe and was used for three centuries. However, this cemetery struggled with its lack of space – which is obvious when you see how closely the stones are packed together. I still can’t believe they were able to fit so many corpses.

In Iceland, you can take a tour of the Lava Caves. These natural wonders are quite amazing, created by lava solidifying as the magma continued to flow. However, the cramped spaces and darkness of these caves adds a certain amount of creepiness to your journey. On my tour, the guide showed us old goat bones and after we all turned off our headlamps, sinking into blackness, she asked us to imagine ourselves as the goat, lost forever in the darkness, unable to find our way out, eventually succumbing to starvation. … yeah, I need I think a hug from my mom now. 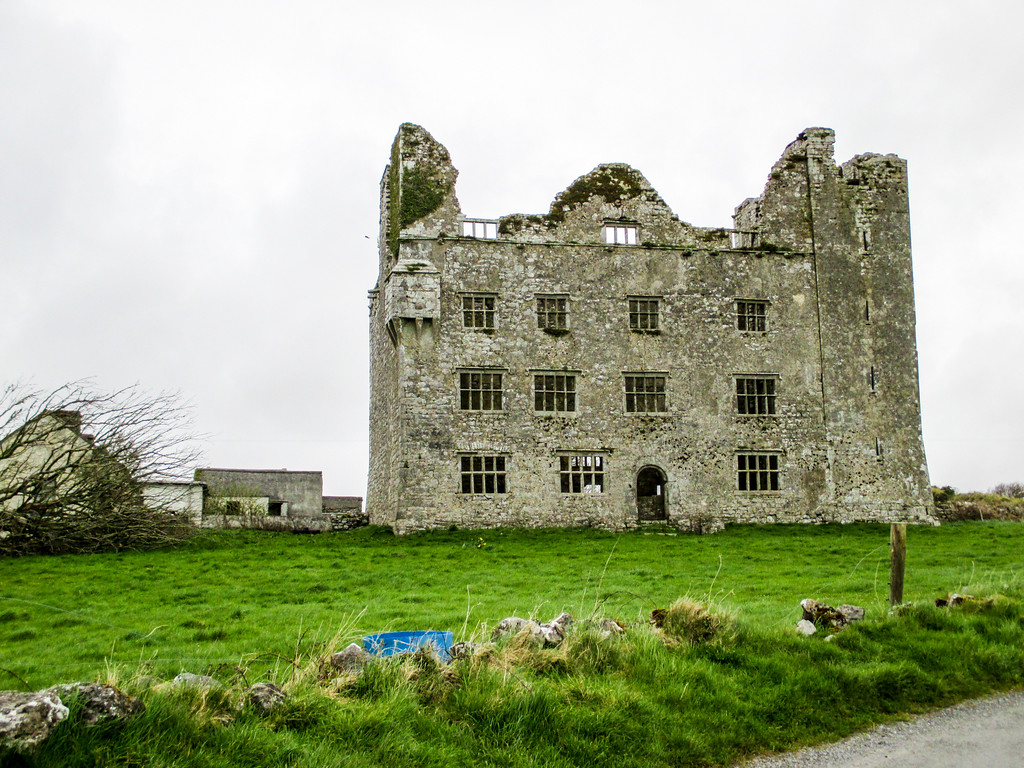 Seriously. What IS this place. I feel like a vindictive spirit is going to fly out of those windows and curse my love life or something. I honestly don’t remember where it’s located, so I can’t tell you how to visit (sorry), but yikes, it is creepy. 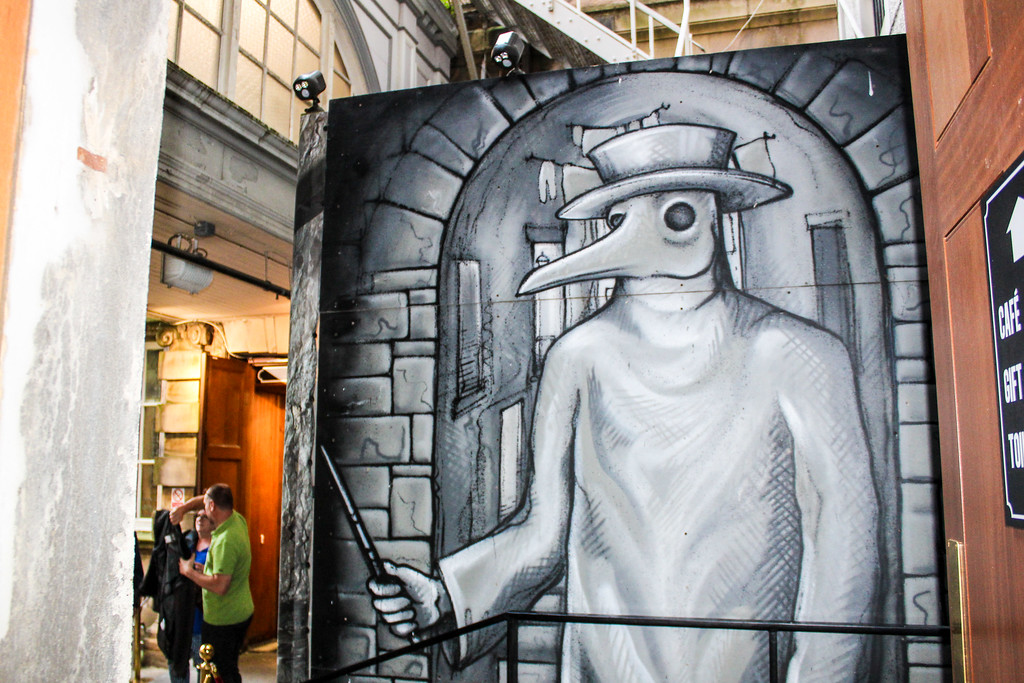 Real Mary King’s Close is a “close” or street frozen in time underneath Edinburgh’s Old Town. In the middle ages and Renaissance, this Close was an overcrowded animal-feces infested breeding ground for the plague and other diseases. Seriously. Some of the roofs have ashes from plague victims. Of course, there are plenty of stories about hauntings and several paranormal investigations have taken place here. You can only visit Real Mary King’s Close on a guided tour. Book in advance! Tours sell out fast. Keep in mind that your tour will be a historical tour. Ghost tours are entirely separate affairs. 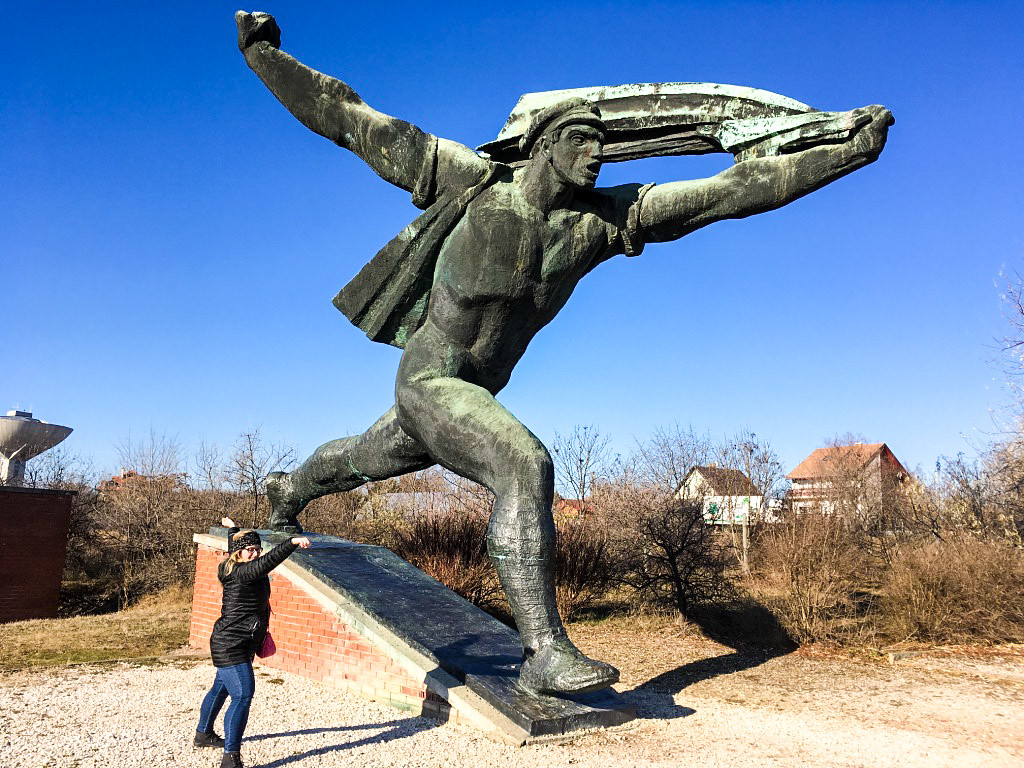 Okay, Memento Park, located outside of the Hungarian capital, isn’t the creepiest destination ever. It’s actually a lot of fun to pose with the statues, all relics of the Cold War. However, when you look into the dead eyes of Stalin and other Communist Leaders, and think about the horrors inflicted on Hungarian citizens at the time of Soviet Occupation, it’s inevitable to feel a chill roll up your spine. I think visiting at dusk, having no one except the “social realism” style statues for company, would feel pretty damn creepy.

Tell me all about the creepiest places you’ve visited on your travels. And Happy Halloween!! Furthermore this post is 100% unsponsored. I visited all these places on my own dime.