Argh, lots of people experience airport anxiety on their travels. Let’s face facts. Departure Day isn’t exactly fun. Sure, it’s exciting to think about your upcoming vacation to Bali or Malta, but come on now. Who here actually likes waking up at 3:30 am. to take a taxi to the nearest airport? Not me.

And, while we’re on the subject, can we as a species just invent teleportation already (as long as it’s not like Stephen King’s The Jaunt)? Airports are a hassle. End of story. Honestly, I can’t think of anyone who actually likes spending hours exploring the terminals and dutyfree shops either. I’m a shopper, but don’t care about buying luxury goods in the airport. The thought doesn’t even cross my mind for half a second. Instead I always feel like I’m stuck in the middle of the Twilight Zone the more time I waste in airports. Shudder. And I hate that water is always so overpriced, too. Shudders.

Anyway. At the end of the day, as much as we love exploring the world, travel stress is just an irritating reality, one that we need to face before we arrive at “the destination of our dreams.”

We must “deal with travel stress” otherwise we have no choice except to sit around at home (boring!). 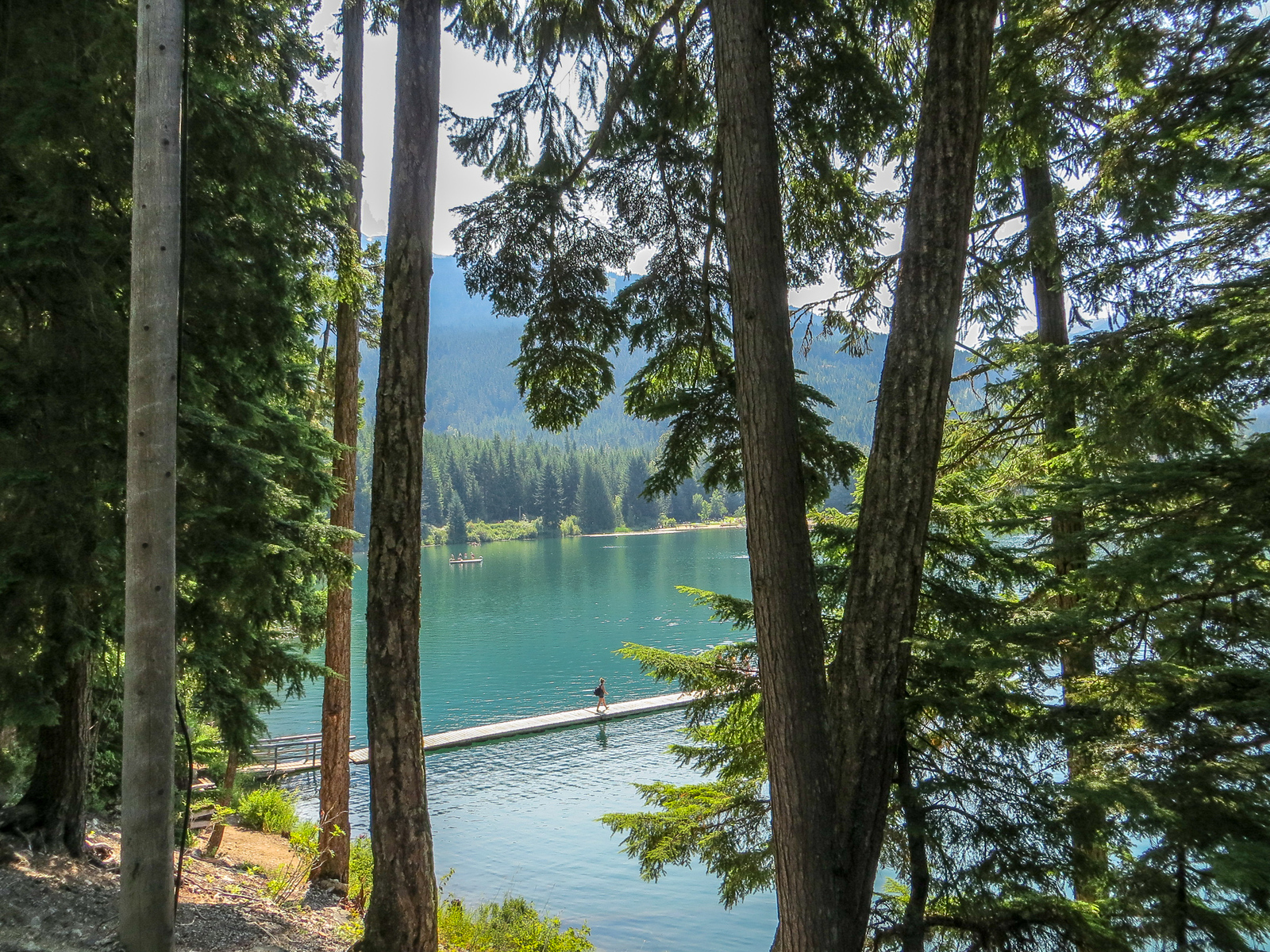 Lots of people hate airpots. Some are even scared of airports. So I decided to create a post about the best ways to reduce your fear of airports, especially in those pesky long lines plaguing customs and security. Know you’re not alone in the slightest.

My goal in writing this post is to prevent you from fretting too much about going to the airport. Being overwhelmed or upset will only make your travel day a million times worse.

Remember: beautiful adventures await at the end of a long travel day. The trade-off is so, so, so worth it. You got this! 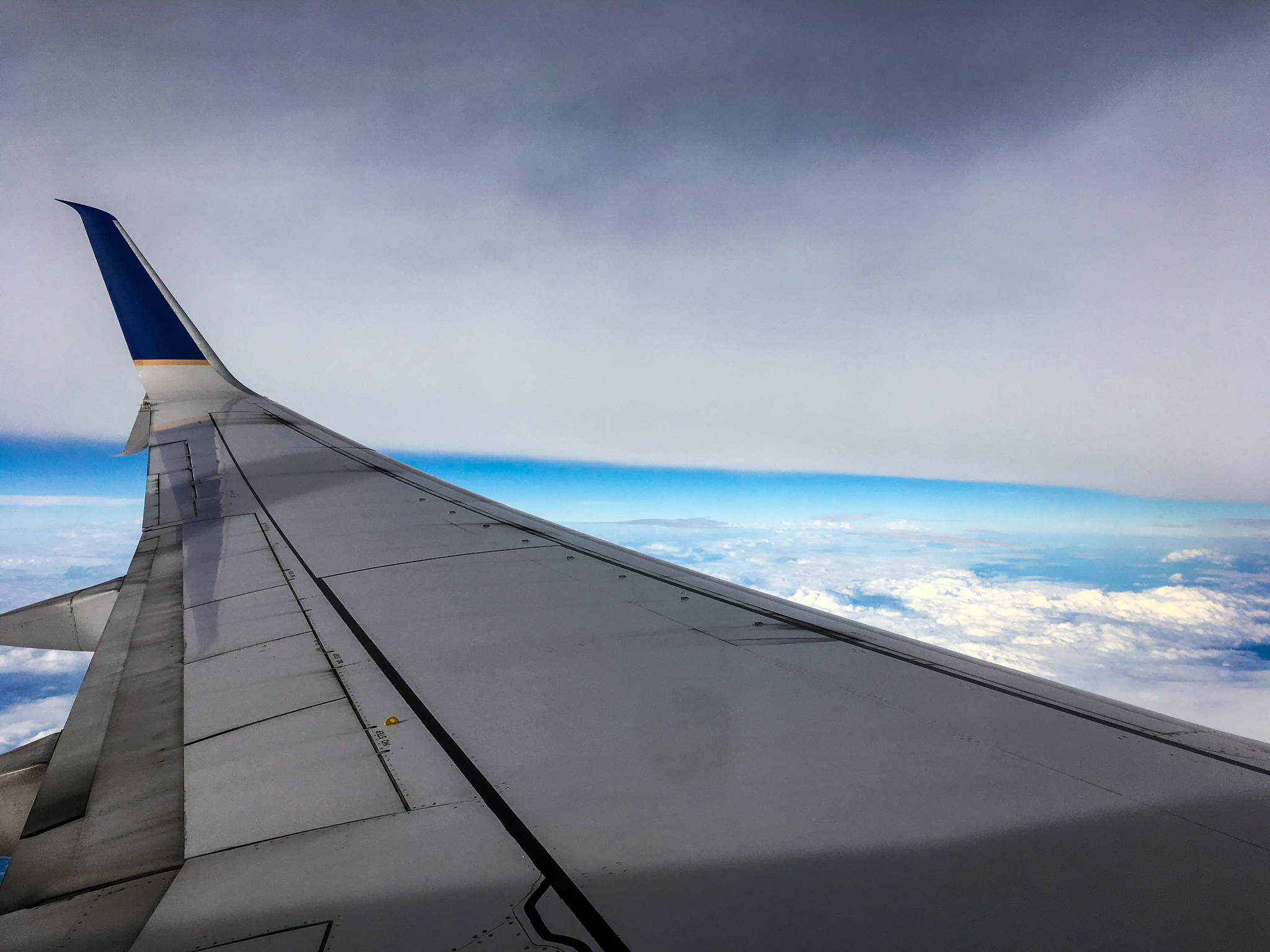 My Own Experience with Airport Anxiety.

I’m not exempt from airport stress, as you might have already guessed especially if you’ve read my blog for any reasonable length of time. Now, although I’m way more afraid of the planes themselves, I’d still be lying if I claimed the airport didn’t make me nervous in the slightest. Departure day always brings a fair amount of butterflies in my stomach.

First of all, I travel alone a lot of the time, meaning I’m solely responsible for protecting my valuables. For example, let’s say I’m comfy in the terminal and then suddenly need to use the bathroom (which always happens). Too bad. I need to gather all my belongings, give up my precious seat, and take my suitcase and backpack with me into the stall, which isn’t very fun depending on the available space. Worse still, would be leaving unattended bags and causing a security debacle.

Secondly, I’m a bit of a control freak. I’m actively trying to “let go” of matters that I can’t influence within my means. Nonetheless, airport hassles are completely outside of our control, even if we prepare ahead of time and do everything “right.” Just like you can’t control the weather, you can’t control the airport.

Facts are facts. Going to the airport causes travel stress no matter how you slice it. 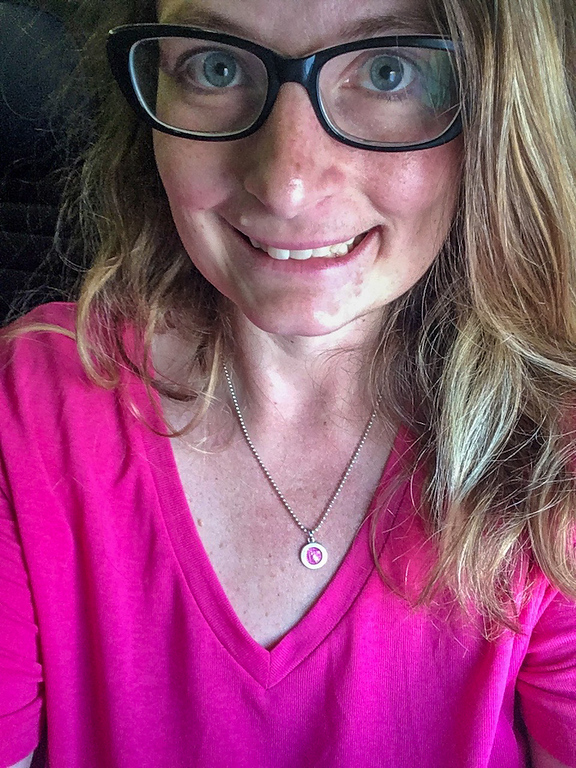 Reasons Travelers Have a Fear of Airports.

Ultimately airport anxiety is similar to a fear of flying, because the fear is very specific to the individual’s own insecurities. What might freak out Traveler A might not ruffle Traveler B’s feathers. We’re all different. As for airports, some people don’t like the crowds. Others may worry about a terrorism attack. Others might feel nervous at customs or security. Need I go on?

I broke down the most common causes of airport anxiety in the following list. Find out what category you belong in to better address your fear. 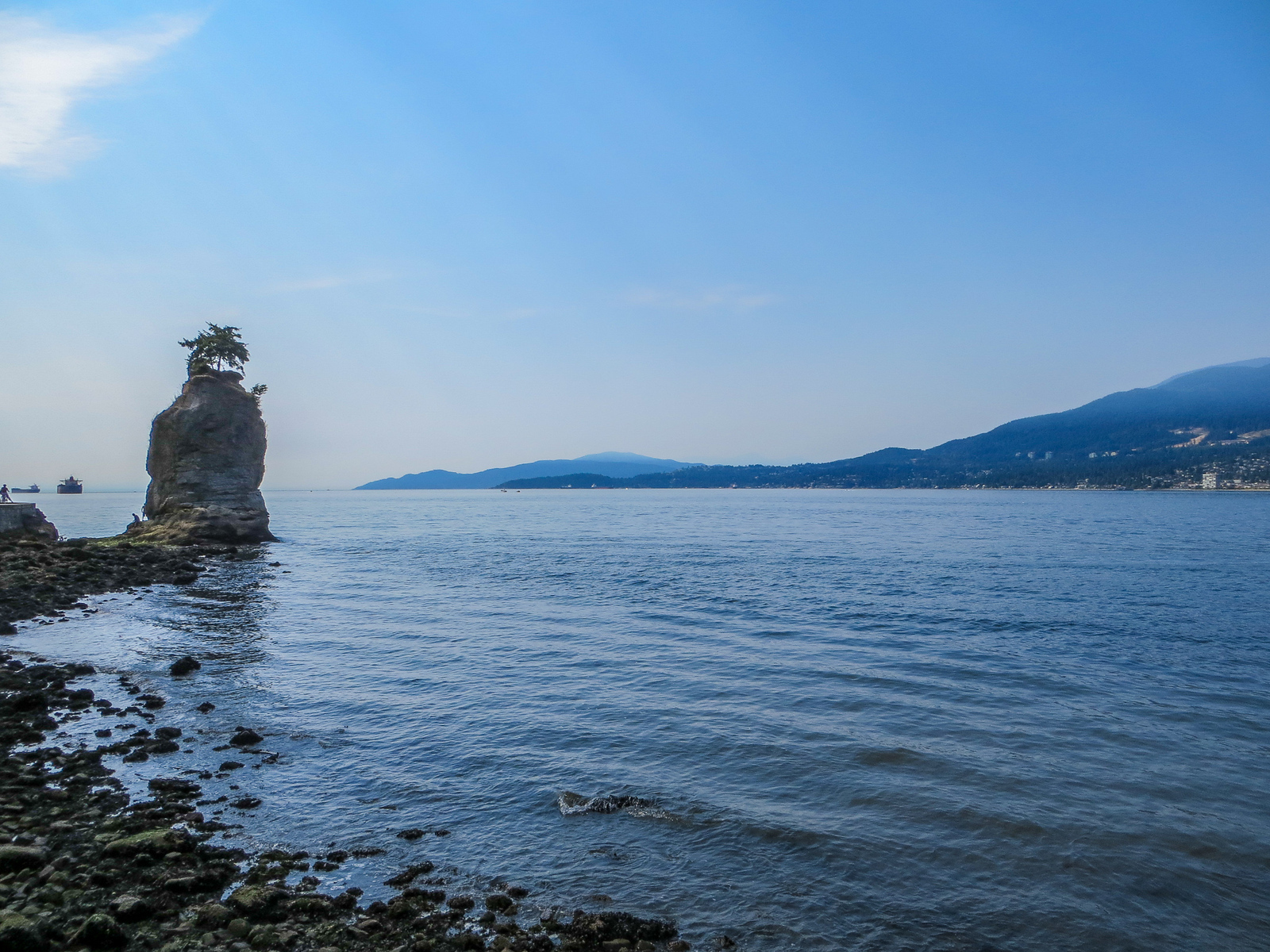 Honestly, if I had to take a guess, I’d say going through security causes the most stress at airports. Hell, I’ve even heard of people having full blown panic attacks at airport security. And you know what? Quite frankly, I don’t blame them.

Personally, I always feel like I’m doing something “wrong” whenever I’m walking through security. Doesn’t matter that I’m doing nothing illegally. My unease lingers under TSA’s eyes and x-ray machines. It makes sense security lines would trigger a person’s anxiety.

2. Too Many Crowds at the Airport.

Argh, before I talk about jam-packed airports, let me just say I agree that crowds are “The Absolute Worst Thing” in existence. I can’t handle too many people. I just can’t.

As you know, I live in New Jersey. My state takes the concept of “crowds” to a whole new level since it’s one of the smallest states, but has the highest population density in the entire country. I deal with crowds on the roads, grocery store, malls, everywhere. No escape in the Garden State, my dear friends.

Regardless, I still feel overwhelmed when crowds impact the airport, even though I’m used to a severe lack of personal space in public places.

Crowds at the airport only increase anxiety. These crowds are particularly maddening on major holidays and check-in lines. And security, of course. 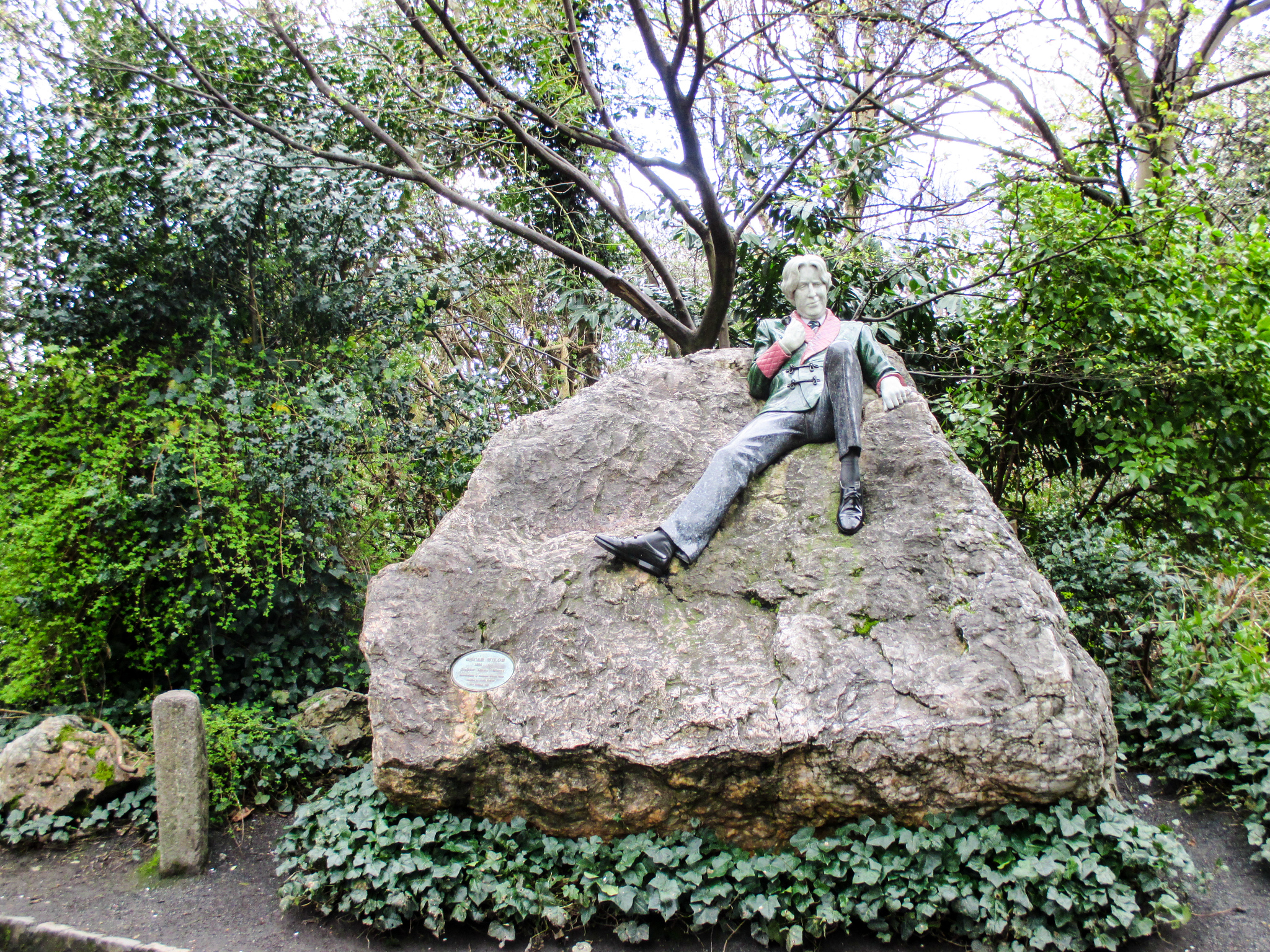 Delays concern all travelers. Your time and money are both valuable.

As for me? Yup. I’m the same way. Argh, I completely feel anxiety about delays. Let’s be real. I think we’re all familiar with the following scenario: you have a tight connecting flight in your next city, but your first flight is delayed at least thirty minutes, trapping you at the airport.

We have zero control over delays. Mechanical issues, inclement weather, air traffic control strikes. They’re all the same in the sense that they leave travelers powerless. Can a traveler do some things to reduce the chance of a delay? Sure. Booking a ticket on a newer plane might help with mechanical issues. So would planning a trip outside of hurricane season. However, taking all the precautions in the world still doesn’t guarantee no delays.

1. Pack Some Peppermint in Your Carry-On.

Peppermint works wonders for soothing rattled nerves. Always keep a stash of peppermints or gum inside your carry-on bag.

Something even better is packing a small amount of peppermint oil for your upcoming trip. Healing solutions sells peppermint essential oil in small sizes that you’re able to take through security. A fresh peppermint scent is wonderful for calming nerves. A simple and cheap solution.

2. Prepare Ahead of Time for Security.

As much as you might disagree with them, TSA’s rules have been in place for over a decade now. You’ll make your airport anxiety a million times easier to manage by preparing for security ahead of schedule. For example, my advice is to pack your liquids and toiletries in a clear bag and separate it from your other belongings.

Another way to prepare for security is to arrive to the airport with plenty of extra time to spare. Meaning come early. Moving through security lines is much easier when you have an hour and a half to spare rather than thirty minutes available to catch your flight.

Finally, even if you feel panicked at the thought of security and TSA, exhibit only your best behavior at security. Keep those nerves under control and smile through the dread.

3. Seek Peace and Quiet in the Airport Lounge.

Do you absolutely hate crowds in airports? Then it might be worth investing a bit cash in the lounges, particularly if you’re suffering through a long layover or delay longer than two hours. Your personal comfort is important when you’ve a fear of airports.

I mean. Think about all the benefits. Airport lounges are less crowded and (as a result), they are much quieter than the main departure gates. You don’t need to deal with people squeezing into cramped seats or travelers barking loudly into their cellphones.

Furthermore, a lot of airports aren’t great about having enough outlets in the terminals. It’s less of a hassle to charge your devices inside the lounges.

Many credit cards, such as the Chase Sapphire Reserved, offer free access to select lounges in airports around the world. Worth it! Just stay aware of your departure gate and time. You don’t want any nasty surprises.

I know. It’s tough turning down a super cheap flight, but if your connection time is forty-five minutes in a huge airport, such as New York’s JFK or London’s Heathrow, then you might want to pass on the budget opportunity.

I’ll give you an example. For my trip to Madrid, I had a connecting flight in Brussels for an hour and twenty minutes. Plenty of time, right? WRONG.

In Newark, my plane was delayed on the tarmac due to volume. Of course. Then, upon departing at Brussels, only one person was stationed at border control. And just a reminder for everyone traveling to the Schengen Area: you pass through customs at your first airport, not your final destination.

You guys, I honestly thought a fight was going to break out. One woman even tried to cut to the front of the line, because “she had a flight to catch,” but the crowd (who also had flights to catch) immediately shut her down.

If you want my honest opinion, I’d recommend scheduling at least two hours to connect at any airport. You’ll breathe easier. Sure, the airline’s technically responsible for the broken connections when you book on the same ticket, and they will do their best to compensate you, but why even risk ruining your travel plans? Go for a long connection.

Thanks for reading my post. I hope I helped you reduce your fear of airports. You deserve to have a lovely, trip, after all. Have you ever experienced airport anxiety? What advice would you give someone facing travel stress? Share all your thoughts in the comments. 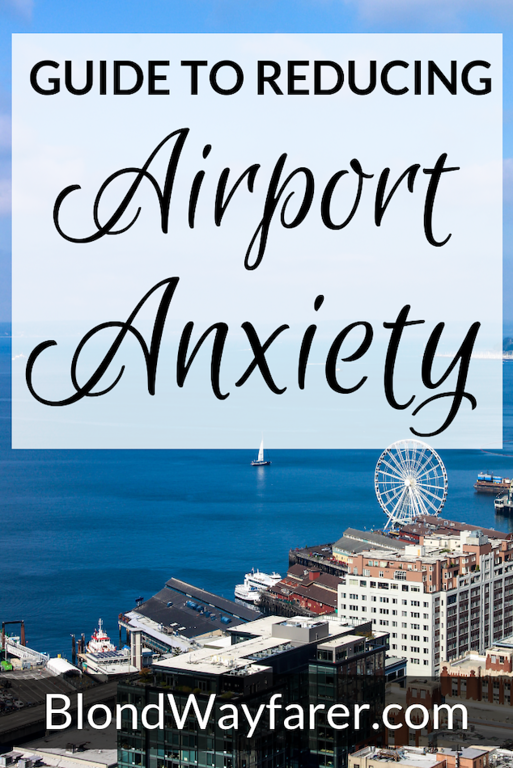