Time to state the obvious. The news is scary. Headlines are even scarier if you’re prone to anxiety or have anxious friends and family.

BREAKING NEWS. Two words that immediately put me on edge. This isn’t surprising. I mean, something as simple as an unread email or text message makes me dwell, thoughts exploding in my head like the worst possible grenades:

“Did I do something to anger her?”

“Am I annoying him?”

“Is my co-worker unhappy with my performance in the classroom?”

“Maybe I should’ve worded that sentence differently. I sound like a bitch.” 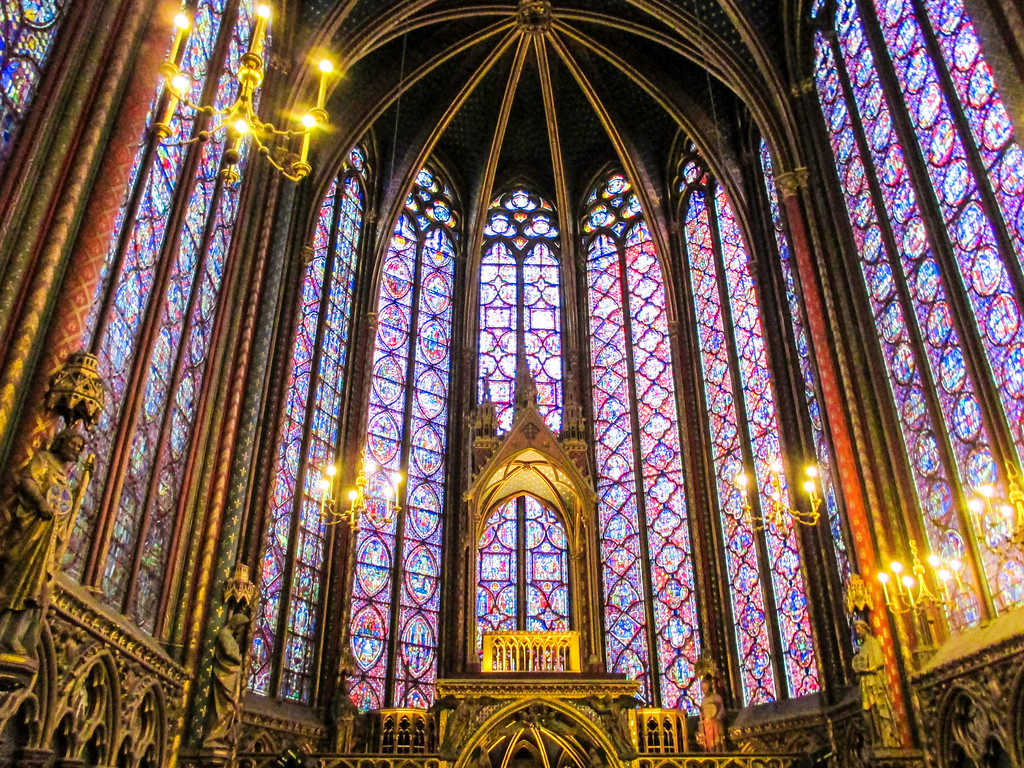 Travel changed my life in so many ways, but most importantly, knowing I have the ability to take charge, seeing the world on my own terms, makes me a much more confident person. My anxious thoughts don’t plague me as much anymore.

Nonetheless, I’d be lying if I claimed violent headlines never threatened to destroy what makes me happiest in life. Every time I read about another attack, I pause and wonder whether or not boarding my next flight is worth the mental aggravation.

The answer is always the same. I can’t stop traveling. It’s called the “travel bug” for a reason. If I stay too long in the same place, I wonder what amazing new experiences are slipping through my fingers, what “may be” transforming into what “will never be,” and so I don’t stop. I won’t stop exploring my world. Anxiety and terrorism, however, must be stopped.

I go to Scotland at the end of June. Two terrorist attacks, in Manchester and London, happened in 12 days of each other. Am I letting these, admittedly extremely devastating events, stop me? Hell no. 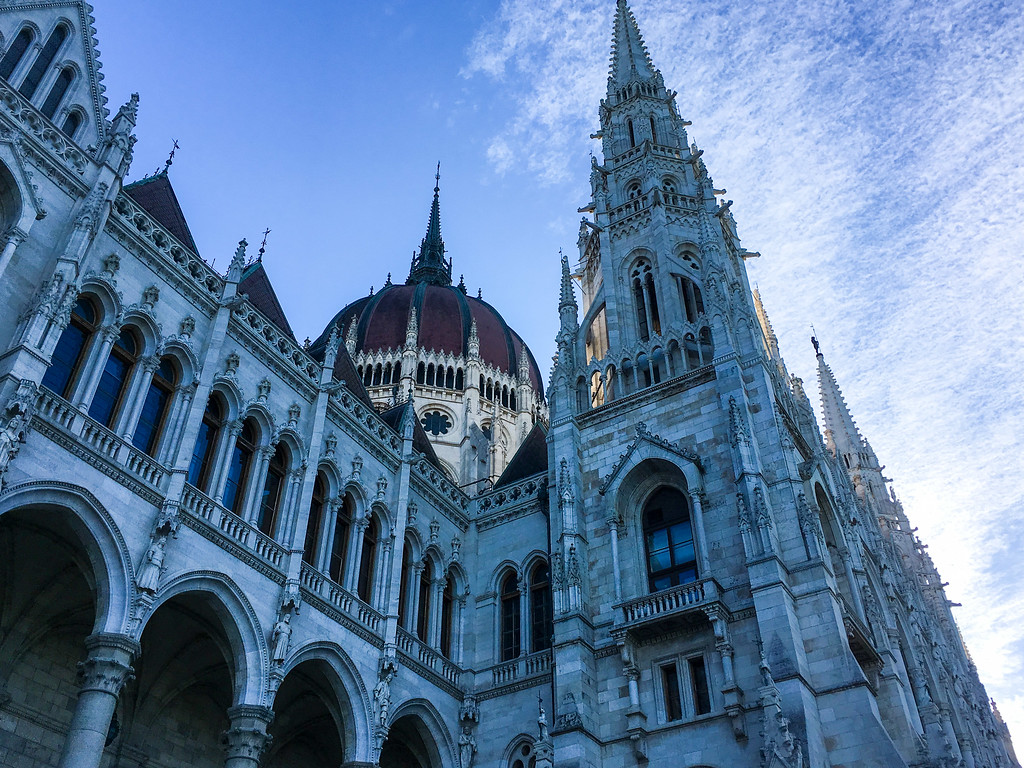 Why You Shouldn’t Let Anxiety and Terrorism Rule Your Life

1. The Odds of Getting Killed in an Attack Are Still Very, Very, Very Low

Y’know, if someone told me that I had a 99.999999999% chance of winning the lottery, I’d immediately buy a ticket and dance in the streets. Riches, woohoo!

But let’s not kid ourselves. We focus on the worst case scenario despite statistics working hard against us. The 0.000000001% chance of me dying in a freak terrorist attack is somehow enough to manipulate my plans – which is mathematically dumb.

Consider the odds. Trust me, google has a lot of statistics about this. The odds are very much in your favor.

And as for the UK, terror is killing far fewer people now than in the 1980s. 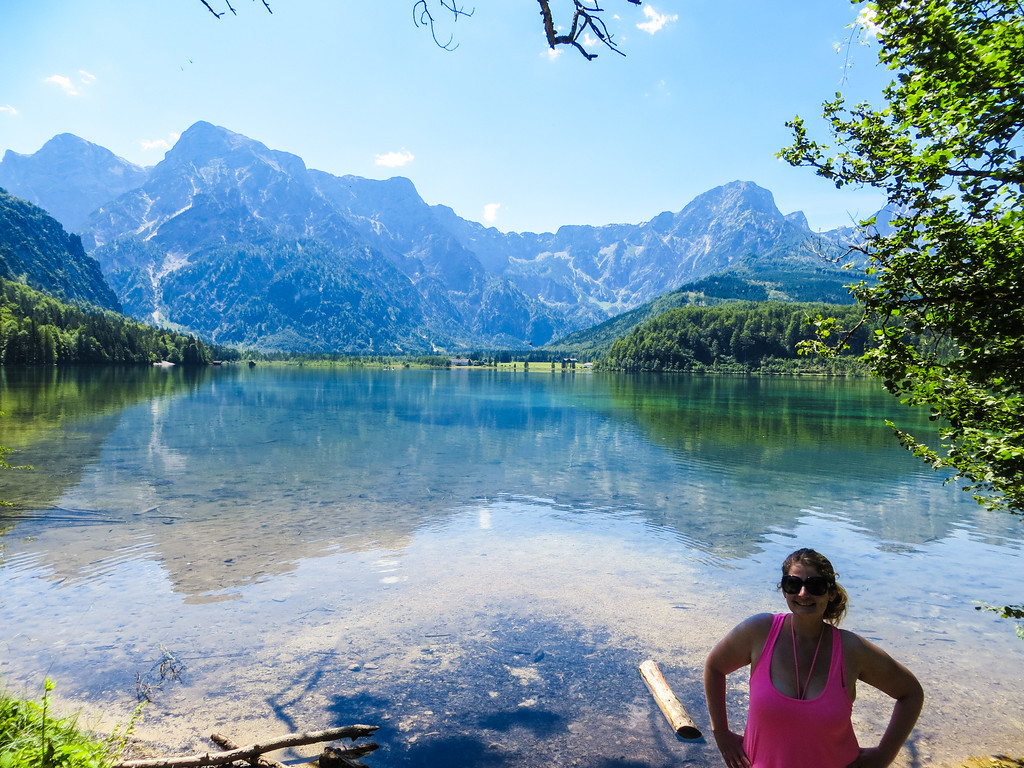 2. Terrorists Want You to Change Your Routine

And honestly, the very idea of changing our daily lives to suit terrorism’s warped agenda is stupid. Do we expect business travelers to stop flying overseas and not any finalize lucrative deals? No. Do we expect world leaders to cancel all international summits and stay locked in their swanky residences? No. Do we expect airlines to shut down en masse? No. Do we expect all London residents to move someplace far, far, away? How about New York City residents? Should they pack up and leave? No.

So don’t let them win. 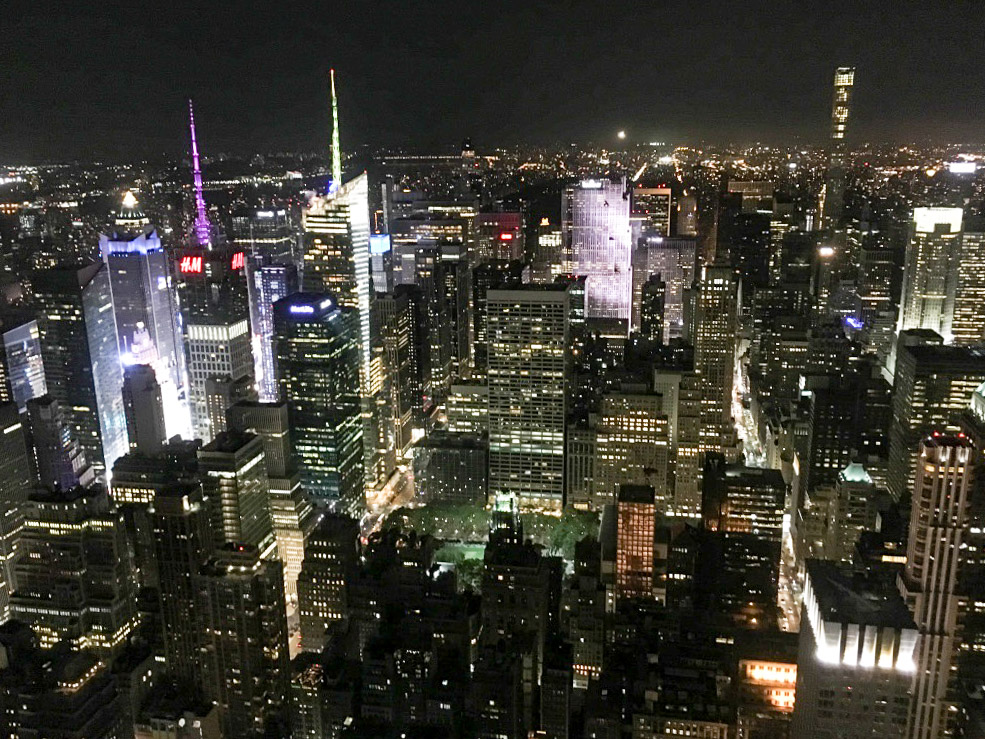 Sorry to “get dark,” but it’s true. We will all die. How we die is another story. No one knows. Regardless, you can’t let your fear of death kill your joy of life. You’ll be dead a long freakin’ time, so you might as well do whatever your heart desires while you’re breathing, eating, and drinking.

And, sure, you could lock yourself in your bedroom. Servants could bring you sterile food and water – both tested for poison. Your alarm could be set against intruders, your security cameras aimed on your lawn, and your windows firmly shut. And an asteroid could still crash through your ceiling, instantly killing you.

I was in New York City, close to home, when a bomb exploded in Chelsea. A few days later, another bomb was discovered at the Elizabeth train station in New Jersey.

And if you want to travel? Go for it. Travel wherever you want. I’ve even heard good things about solo female travel to Iran, another destination many people are afraid of.

If by some wild stroke of horrific luck you die in a terrorist attack, at least you’ll die seeing the world and living on your terms, not theirs.

How You Can Stop Your Anxiety About Terrorism

Despite my bravado above, it’s completely and totally normal to feel apprehensive about terrorism. I do. However, it’s not normal for you to live every waking moment in fear. If your fear starts to interfere with your quality of life, then perhaps it’s time to book an appointment with a professional and work through your anxious feelings. 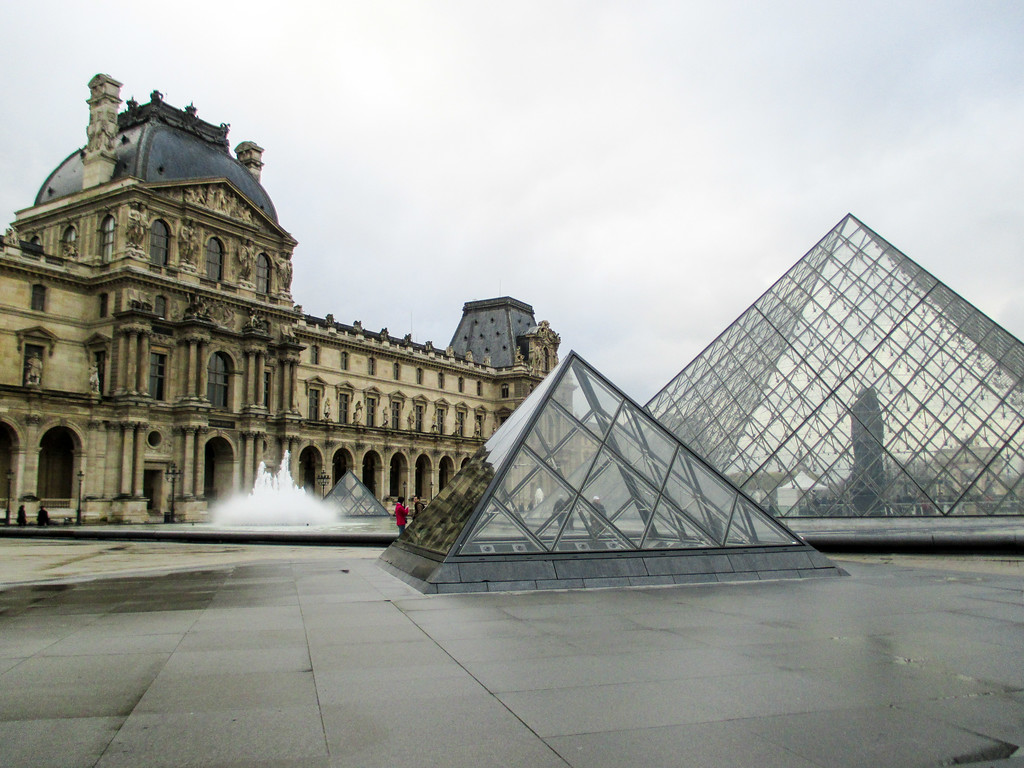 2. Arrive at the Airport and Train Station Early

By arriving early, you won’t increase your anxiety running through the terminal and praying you’ll board your flight. You’ll also have time to check out the locations of the emergency exits. It’s a good idea to know where they’re located anyway in the event of a more likely emergency, such as a fire.

If you’re also scared of flying (like me, haha, lucky you), then check out my 43 tips for fearful flyers. 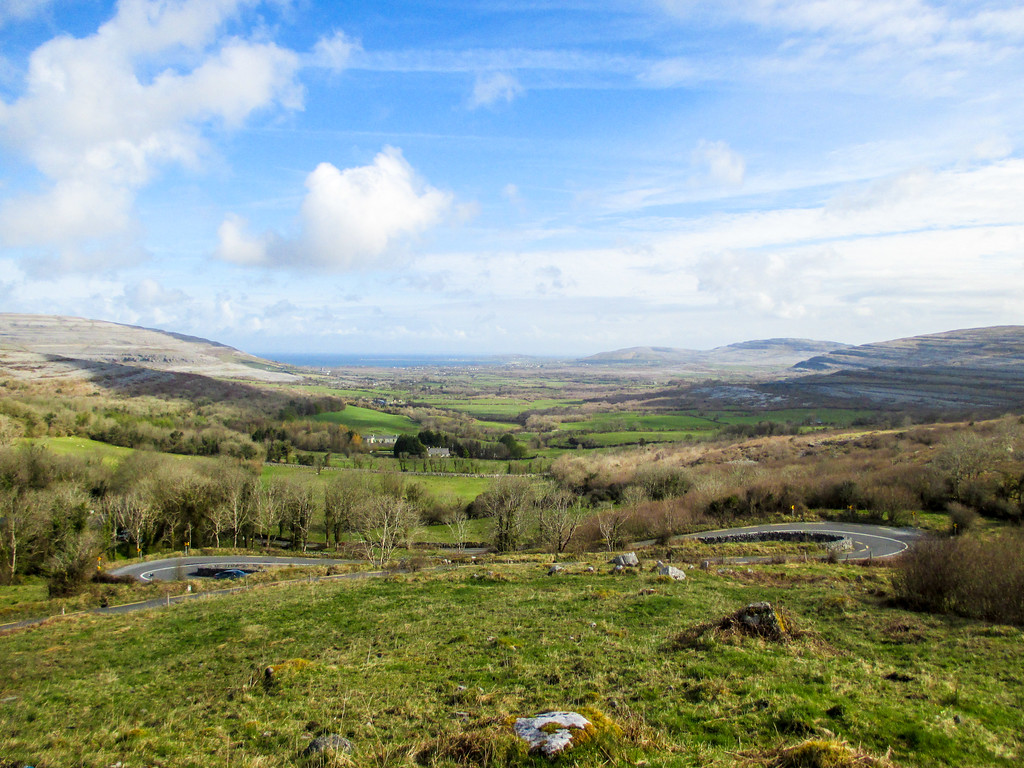 3. Stay Aware of Your Surroundings

Honestly, staying aware of your surroundings helps you feel in control. Plus you can defend yourself against pickpockets and other unsavory folk, simply by keeping your eyes open and your ears alert.

Train stations, airports, big tourist attractions, all have security guards and police present in the immediate area too. If you see something, then tell someone in uniform, even if you feel silly about it.

Staying aware is one of many travel safety tips that can help you feel secure.

Read More: What Should I Do If I Feel Anxiety Traveling Alone? 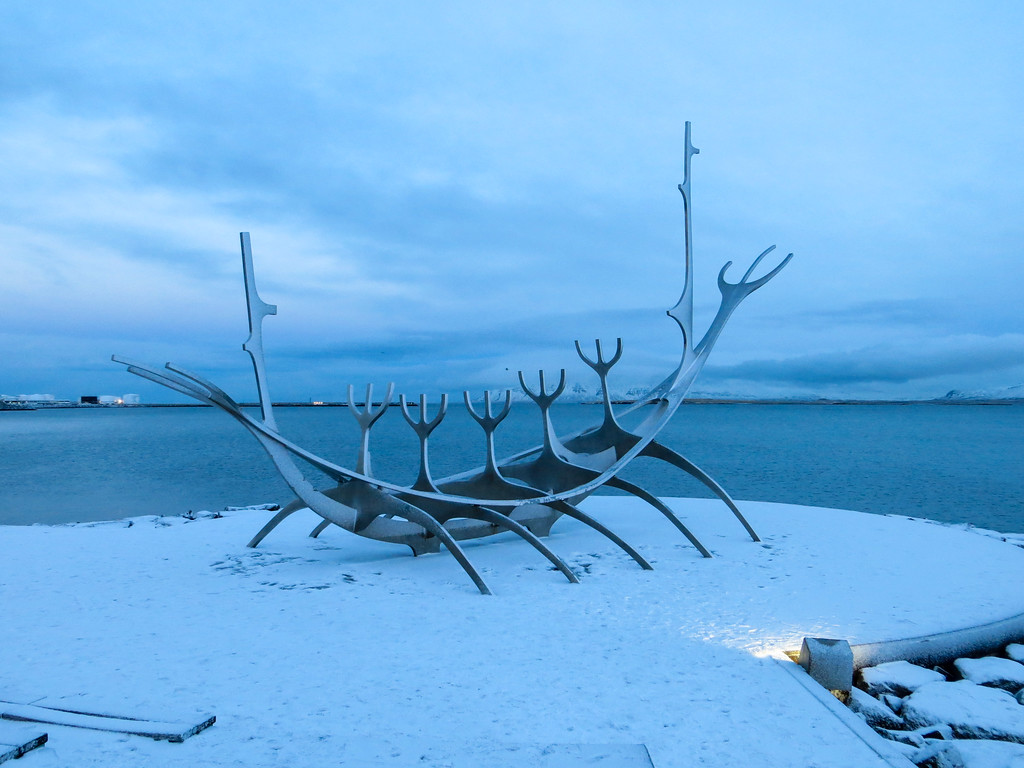 4. Go on an Information Diet

We’re constantly bombarded with news updates. I learned about the London Bridge Attack at dinner at (one of) my favorite restaurants, because my phone buzzed to let me know “hey, more death happened twenty minutes ago!” My stomach, understandably, sank. No dessert for me.

So, while it’s important to be aware of current events, sometimes you just. need. to. take. a. break.

Shut off news notifications on your phone.

Watch a silly comedy on Netflix instead of CNN or BBC.

Walk away from politically heated conversations.

Willful ignorance isn’t cool. But taking care of your mental health is. Shut off the news and don’t feel guilty about it.

5. Get off the Beaten Path

I know I said you shouldn’t change your routine, but at the same time, if you’re going to feel absolutely sick on your trip, then perhaps you need to take a different course of action.

However, I don’t mean you should stop traveling. Instead take the opportunity to “get off the beaten path” and try something new. For example, rather than sticking to the large European capital cities, explore the beauty of the smaller towns and countryside. Have you been to Bled in Slovenia? How about Cesky Krumlov? Obidos and Zakopane? Your risk of dying in a terrorist attack are already low, but drops even further if you aren’t in a big city.

What do you think of the above advice? Are you going to still travel despite recent news about terrorist attacks? Share your thoughts in the comments.