Remember when I wrote about my hilarious travel screw ups? Brightly colored Instagram photos at luxury resorts (usually with a skinny hot girl posing with a coconut drink on a beach) don’t reflect the reality of travel. Travel is messy. Mistakes happen especially in unfamiliar cities and cultures.

Luckily I always laugh at myself. My mistakes create fodder for wonderful stories after my initial embarrassment disappears. And besides, travel would be terribly boring if everything went “according to plan.” If I wanted to live “according to plan,” I wouldn’t ever leave New Jersey.

Travel mishaps ought to be acknowledged. Let’s even celebrate them! Learn from them. I know I’ve learned lessons from not applying sunblock (ouch) or sleeping through my walking tour (double ouch). However, despite what you may think about my flakiness, I’m not the only source of spectacular errors. Sometimes I do everything right and still get in trouble.

So, let me tell you all about the time my international train from Copenhagen to Stockholm was canceled. Yay, travel mishaps. 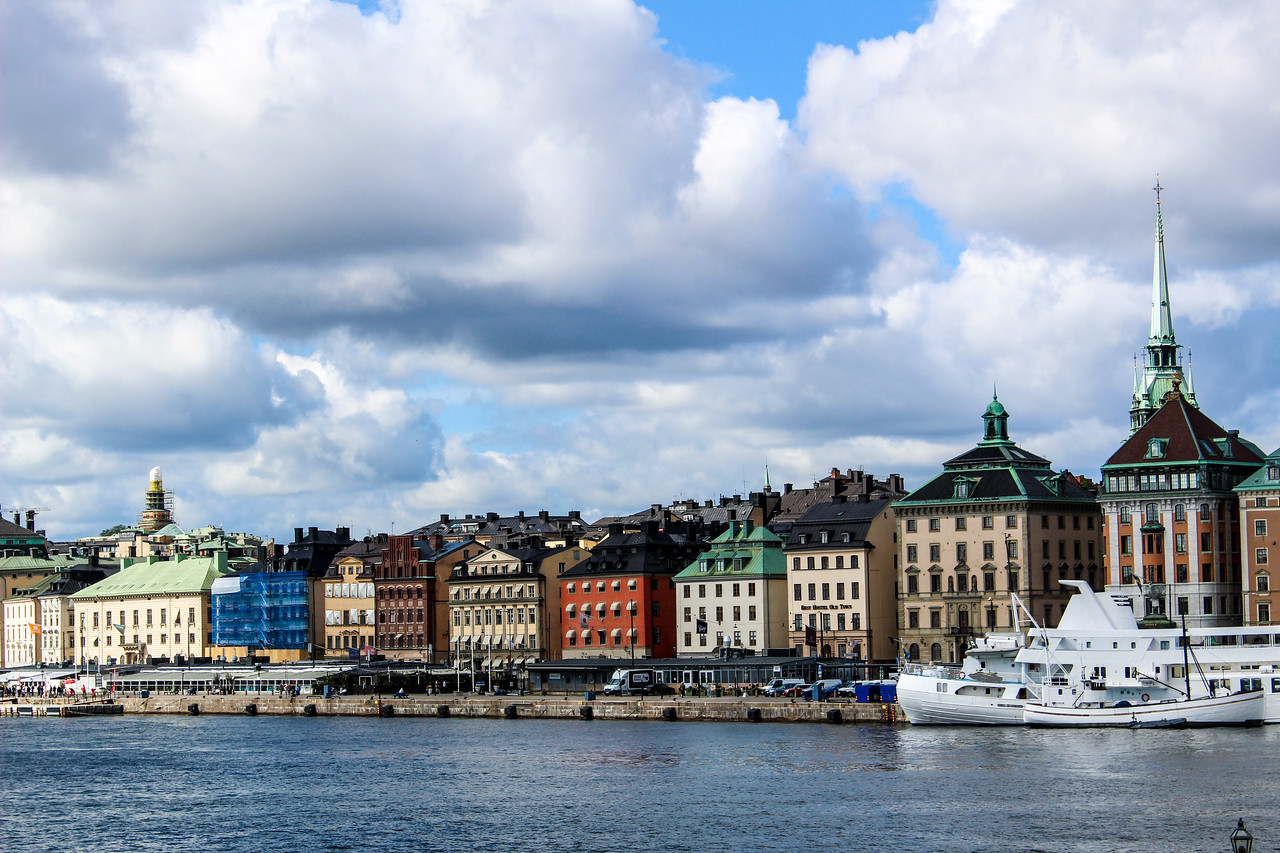 The day I was due to arrive for TBEX in Stockholm was wonderful. I was still in Copenhagen. July reached its height, meaning hours and hours of sun. I took a canal tour of the city in the morning, ate lunch on Paper Island, and explored Freetown Christiania in the early afternoon. At three, I packed my bags, left my hostel, and headed to Copenhagen Central Station to catch my train to Stockholm. I planned on sleeping early that night.

Butterflies fluttered in my stomach. Solo travel helps my anxiety, sure, but transportation days always set my nerves on edge. Today was no different. Upon reaching the platform, after asking at least three people in well-pressed uniforms for directions, I waited for my train to arrive.

“What do you mean canceled?”

I ignored the agitated voice coming a few feet away from me. Instead, I reached for my phone and was about stick my buds into my ears, when I heard a deeper voice say, “yes, the afternoon train to Stockholm is canceled, you’ll have to go to Malmo and catch the five o’clock -”

“What?” slipped from my lips.

I was in trouble.

A fellow traveler, a man a few years older than me, and I exchanged unsure looks on the platform, as a small local train suddenly pulled besides us. Anxiety already settled in my throat. Sure, canceled trains happen, but when you’re alone and in a foreign country? The situation’s not nearly so straight forward.

“Everyone, on this train!” came the demand. A few passengers glanced over their shoulders and asked for clarification, but the answer stayed the same: board this train.

Without thinking, I boarded. Then I realized I was headed to the Copenhagen Airport, not directly to Malmo. One fact was certain: I wouldn’t reach Malmo in time for the five o’clock train to Stockholm.

My four hour journey was not gonna happen in four hours. No way.

At the airport, I rushed toward the escalator that would take me to the international trains bound for Sweden.

You know how every single travel blogger tells readers about the importance of packing light? Yeah, I should’ve listened to their advice. My suitcase bounced on its wheels behind me, my large day pack banged into my legs, and my purse swayed in every direction. I would’ve been a pickpocket’s dream come true.

As I waited in line for my passport to be checked, I saw the next train to Malmo slowly pull away. Bye, bye, bye. I’d have to wait for the next one. Yup, five o’clock was a distant dream.

“This is bad,” I said to the man who I had seen earlier on the platform at Copenhagen Central Station.

He laughed and soon, we broke into a conversation about our plans for Stockholm.

At Malmo station, things really got fun. Unsure where to go, my new friend and I followed two Swedish women to the customer service desk. I knew I was in for a late night when both women’s jaws dropped upon taking the tickets and snapping a few harsh sentences in Swedish. I wish I knew what they said. It was probably hilarious.

“We’re not leaving until after seven. There’s only train left,” she told me after giving the customer service representative a piece of her mind.

I groaned at the realization that I’d arrive in Stockholm well after midnight. My four hour journey had transformed into nine hours. Plus showing up alone at the train station so late made me uncomfortable.

My stomach growled as I set my bags against the wall. I wanted to pout, but at the same time, didn’t want to act like I was six years old. Soon, my companion from Central Station and the two women joined me, and we instantly formed a bond over the hour and a half we’d have to waste in Malmo’s station.

When it was finally time to board the last fast train to Stockholm, my reserved seat happened to be right across the two women. Over fresh fruit and vegetables, we discussed my travels and theirs, they shared suggestions for activities in Stockholm (they even wrote them all down), and I talked about my travel blog.

Was it scary arriving in a new city so late? A little bit, but I survived. And I saw the midnight sun set on my journey into Stockholm. It was beautiful. 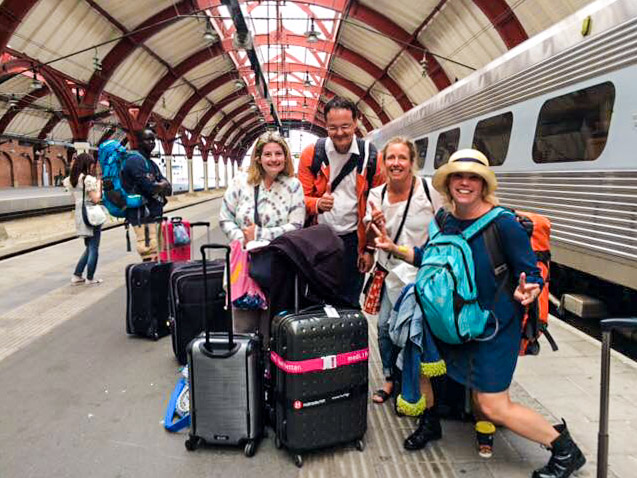 Tell me about a time your train, plane, or bus was canceled. How did you deal with it? Or share a travel mishap! Thanks (as always) for your support!