Sorry, wayfarers! I’m not the most timely person, as you probably know if you’ve been reading my blog since the very beginning. (Thanks for your patience!)

Besides, my job has been crushing all my free time into broken, minute-long shards. I’m not hating. This part of the academic year is always busy, and the students … well, around February/March, they start getting tired of the whole “school thing.” Which whatever, understandable. Kids are kids. But the stresses of early second semester doesn’t make writing easier.

Anyway returning to the main point of this belated post. 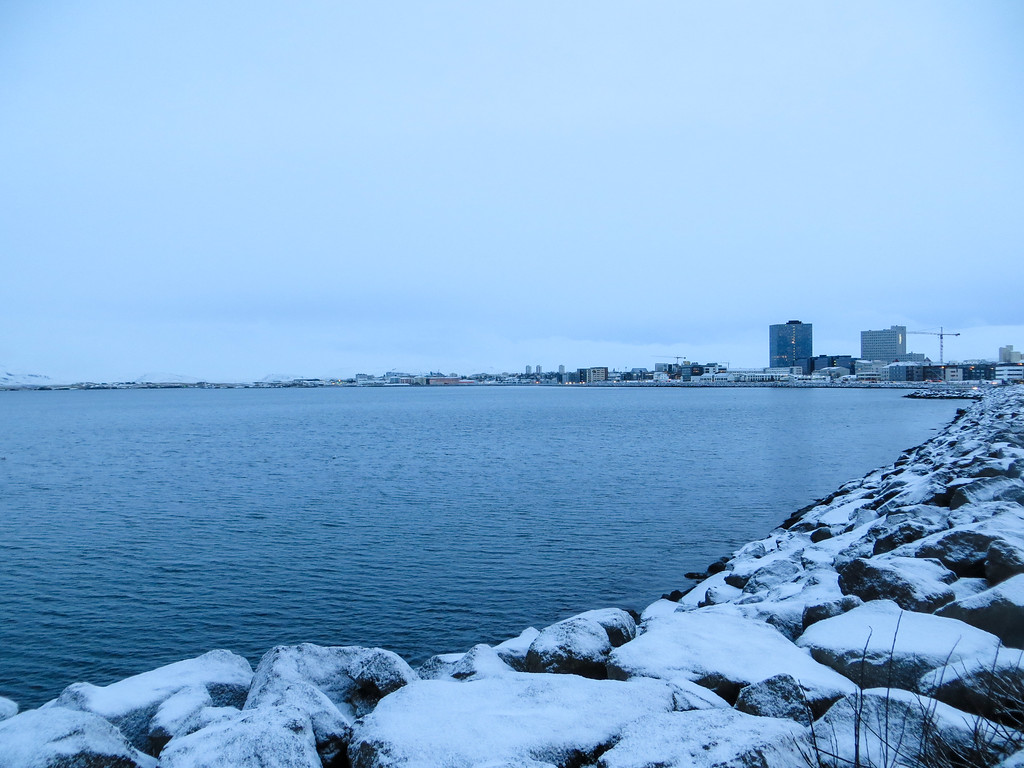 I’m not a huge “New Year’s Eve” fan. Never have been. Way back when I was twelve, I didn’t even understand why the year 2000 was such a huge deal for people and almost passed out prior to midnight.

When you go out on New Year’s Eve, everything feels predictable. Restaurants are overpriced, couples are more kissy than usual, Ubers and cabs jack their rates and are damn near impossible to find, and city streets are too packed with sweaty and smelly winter coats. Going to New York City would be a nightmare for me. Who wants to loiter in the frigid cold, squished like a sardine, waiting for the minuscule ball to drop? Nah, bro.

But, despite my chronic NYE aversion, I’m sucha indecisive person! I want to do something, yet I don’t. Do you ever feel that way? It’s my life story.

Here’s my New Year’s Eve “indecision” example: for years, I felt like a massive nerd, cozy in bed wearing my pajamas, while every other twentysomething in the Tri-State area partied their hearts out, surrounded by equally excited friends and an attractive significant other. I was jealous of their fun (notice a pattern?), but I never bothered improving my situation on December 31st.

Things had to change.

As you know, I spent my winter break in Iceland and had an amazing time exploring this quirky island nation.

Iceland’s natural scenery reminds me of Lord of the Rings and Game of Thrones combined into one beautiful package. The quiet snow, soft half-set sun in mid-afternoon, the unique land formations, the Icelandic horses. This country seriously belongs in the worn pages of an old dusty fantasy novel.

On my solo mini-adventure, I spent most days taking guided tours outside of Reykjavik so I could amply explore the Icelandic countryside. Since I visited in winter, not all of Iceland’s roads were accessible. I need to make it to Snaefellsnes Peninsula on my next trip but from what I could see of Iceland’s natural beauty, I knew I made the absolute 100% right decision by spending as much time out of the city as possible. I’m still in awe of the waterfalls and black sand beaches. And Silfra.

However, we all know I’m lazy and New Year’s Eve was the perfect chance to take a break. In preparation for the night’s firework celebration, I decided to sleep in and then explore Iceland’s capital city: Reykjavik.

Join me for the next twenty-four hours as I spend New Year’s Eve in Reykjavik!

Pack Your Guidebook for Iceland

How I Spent New Years in Iceland

First thing in the morning I wandered to the Sun Voyager statue and gazed at the harbor.

I briefly saw the Sun Voyager statue on my first day. However I was in the middle of “jetlag hell” and had to catch a van to take a mid-afternoon Golden Circle tour, so I didn’t have much of a chance to appreciate this unique piece of art.

On New Year’s Eve, I wandered over to the Sun Voyager, took a few “typical tourist” photos, and gazed at the harbor. Everything felt hushed. Subdued. Peaceful. Soon, I’d hear fireworks and hours later, I’d be swept into the New Year’s hurrah.

Sure, New Years Eve in Reykjavik means a super late night. The city literally won’t sleep. However, I still recommend getting out early during the day. You’ll appreciate the relaxation in the silent morning snow later. Truuuust me.

2. Strolling Before A New Year in Iceland

As I walked aimlessly, Reykjavik’s main streets were peaceful except for the random firework explosions.

Unlike New Jersey, which has super strict laws regarding fireworks, Iceland’s rules are much more relaxed, and Reykjavik’s citizens take advantage of them on New Year’s Eve.

As I walked around Reykjavik, no major destination in mind, I was shocked at the sudden eruption of fireworks! Despite not being a huge New Year’s Eve person, hearing these fireworks throughout the day excited me. More and more explosions littered the sky as the hours ticked by, the limited daylight growing fainter, and as much as common sense told me otherwise (could you imagine temperamental NJ folk with unlimited fireworks at their disposal?), I found myself wanting to buy a few fireworks of my own to ring in the new year. 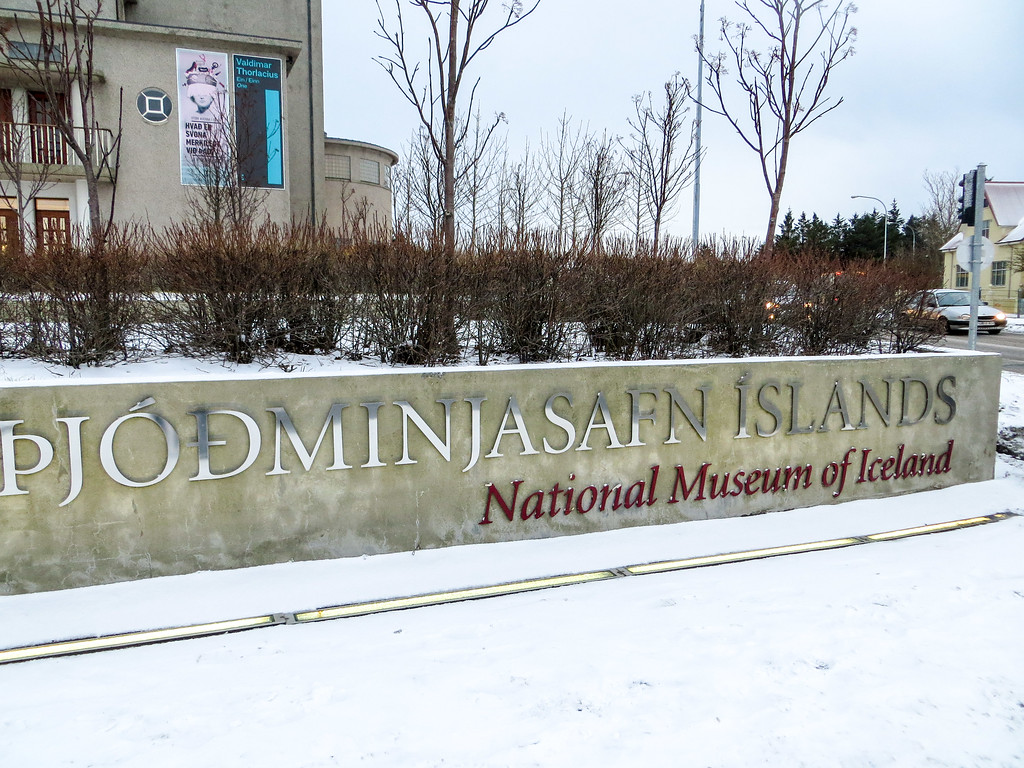 3. Visit the National Museum of Iceland.

I love solo museum trips. So I visited the National Museum of Iceland while spending New Years Eve in Reykjavik.

This museum, located at the university, houses Iceland’s history. You leave your coat downstairs and explore many exhibits ranging from the middle ages, to the reformation, to women’s rights in modern day.

There’s a lovely cafe here, too. I had some vegetable quiche and then ordered some tea, because heavy winds and snow arrived at the end of my visit. If you visit Iceland in winter, seriously wait ten minutes if you’re not a fan of the weather. It changes so fast!

Another interesting part of my visit: As I ate my quiche, a young couple sitting near me checked on their sleeping baby – in a stroller outside! Iceland is so safe that it’s typical for babies to stay outdoors while the parents enjoy a nice quiet meal. I thought this was fascinating and wonderful at the same time.

You can find the National Museum of Iceland at Suðurgata 41.

Next I stopped at Hallgrímskirkja or Reykjavik’s impressive Lutheran Church.

Once I finished at the museum, I wanted to return to Kex Hostel for an afternoon nap. I was due to fly out tomorrow (not smart) and needed sufficient sleep to celebrate New Year’s Eve. Of course I needed to check out Hallgrímskirkja before my snooze.

Iceland’s population – particularly the younger generations – are irreligious or atheist, but this church is still an iconic building in the capital city. The design is very sleek and cool, in my opinion!

The inside of the church was plain yet elegant, and provided a nice warm shelter from the wind, but as you could probably guess, I didn’t visit here for the interior. I wanted to go to the top of the tower and view Reykjavik from above. Of course. I mean, look at these views! They’re worth the admission prices.

But. Enough of my exploration during the day.

Let me guess. You came for the amazing fireworks, didn’t you? This video says it all. Haha. Reykjavik at night is seriously the greatest thing ever.

You need to be prepared with what to wear in Iceland in winter to feel comfortable roaming Reykjavik’s streets all hours of the night. Trust me, the temperature’s cold. Snow, ice, wind. You wanna stay super bundled up. Don’t worry about looking cute.

2. Book Accommodation for New Years in Iceland in Advance

Iceland is a popular destination in the New Years holidays. You need to reserve your accommodation ahead of time. Prices soar the closer you get to your specific dates. These are the holidays, after all. Everyone wants to travel. Furthermore, Iceland in New Years is very popular, and you want to make reservations before the hotel or hostel of your choice completely sells out. Be prepared.

Book your accommodation in Reykjavik 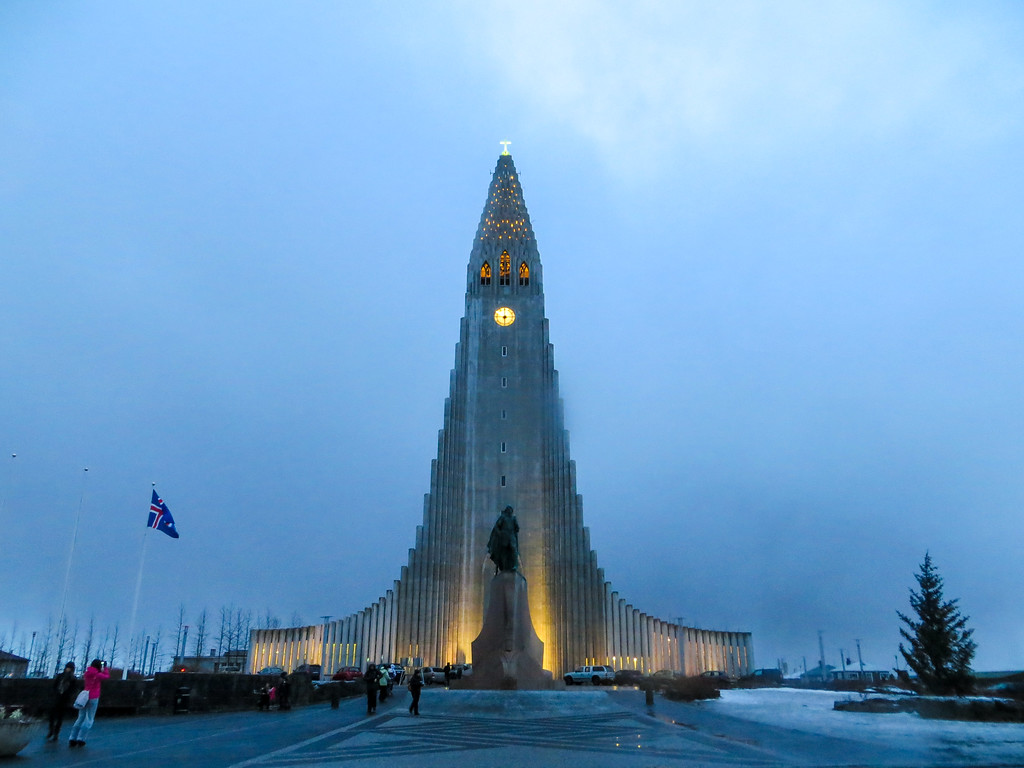 3. Be Careful of the Fireworks

Lots of people carry fireworks and just … set them off. Be aware of your surroundings. It’s unlikely the fireworks will hurt you, but still. Nothing wrong with being alert especially as a solo travel spending New Year’s in Reykjavik.

Okay, New Year’s Eve in Reykjavik means party time. Alcohol is expensive in bars. However, many people have open bottles in the streets, and it’s very easy to get drunk and accept drinks from strangers. Look. I’m all for a great time, but don’t get too wasted as a solo traveler in Iceland. Stay close to fellow travelers and don’t get too out of control. Iceland is very safe. Actually, it’s one of the places I recommend to anxious travelers, because it’s so insanely secure and comfortable there. Still, exercise safety precautions. Don’t just chug any ol’ beverage someone gives you.

Sure random fireworks exploding is overwhelming on all of your senses. In addition, Reykjavik’s big crowds might rouse your frustration. However, New Year’s Eve in Reykjavik is loads of fun, and one of my most favorite travel memories! Let your hair down and yell and dance and make beautiful New Year’s Eve Resolutions.

Note: Some links are affiliated based. Meaning if you make a small purchase, I will earn a small commission at no additional cost to you.